Meizu 809L and 810L have made an appearance on FCC and revealed almost all of their specs. Judging from the same, the two smartphones are probably supposed to be entry-level devices. Since they were certified by FCC, they might hit the store shelves soon. 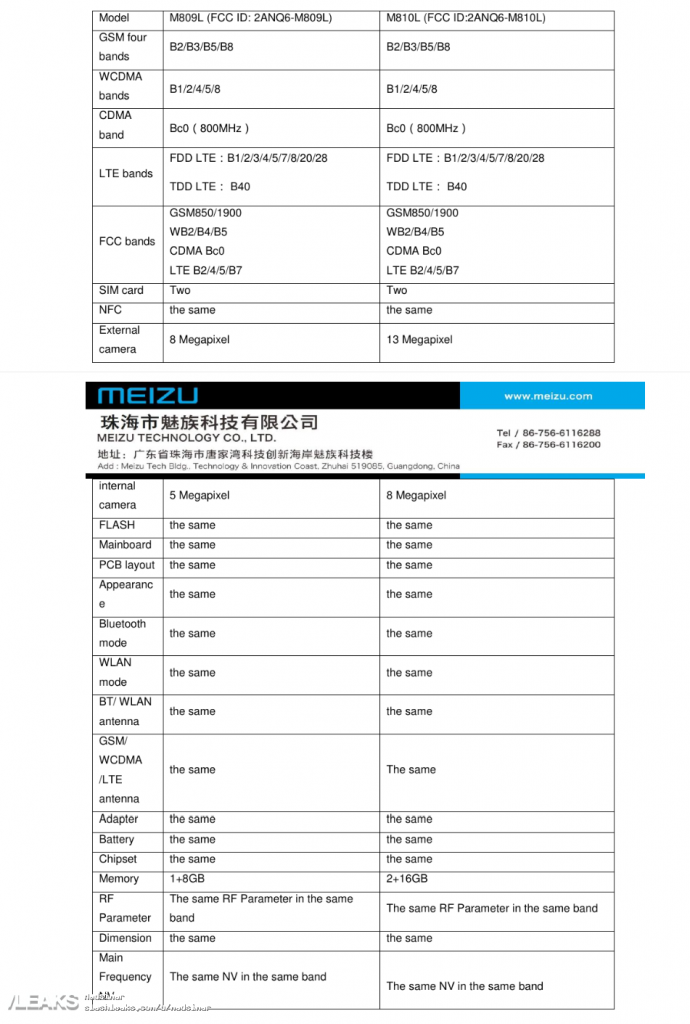 There’s nothing great to look at when it comes to the specs of either of the two smartphones. The Meizu 809L features 1GB of RAM and 8GB of onboard storage. No details about the processor have been revealed. In the camera department the 809L sports an 8MP snapper on the back and a 5MP snapper up front. Rest of the details talk about the different cellular bands that the 809L will sport. Both the 809L and 810L are exactly the same, barring a few differences; the 810L features 2GB of RAM, 16GB of onboard storage, 13MP rear camera and an 8MP front camera.

According to a Twitter user, the 809L will be named M8C Lite and the M810L will be named M8C. The source of the tweet cannot be verified, so take this report with a pinch of salt. Meizu has not really fared well in the smartphone market in 2017 and the future does not look bright either. The recently launched Meizu 15 has received mixed reviews thanks to its great camera and about-to-be-obsolete design principles. A smartphone powered by 1GB of RAM seems like an artefact of the past. Since the spec sheet is anything but impressive, these smartphones might be powered by Android Go. Meizu seems to be aiming strictly at the entry-level segment this time with no reports of any high end or mid-range smartphones in the pipeline. Last week, the Meizu 810L schematics made an appearance on FCC. It’s pretty evident that these phones are going to see the light of the day soon although at what part of the year, is still unknown.

Next LG Q7 Appears on Geekbench