We are just a few hours ahead of Xiaomi’s greatest event of 2018 when the company will reveal its highly anticipated flagship in two flavors – Xiaomi Mi8 and Mi 8SE – the third generation of its wearable device Mi Band, and according to recent rumors, a whole new VR headset. Well, if you have been holding your breath for the Mi Band 3, you can finally rest, since the device’s whole package just leaked in the realms of Chinese Weibo. 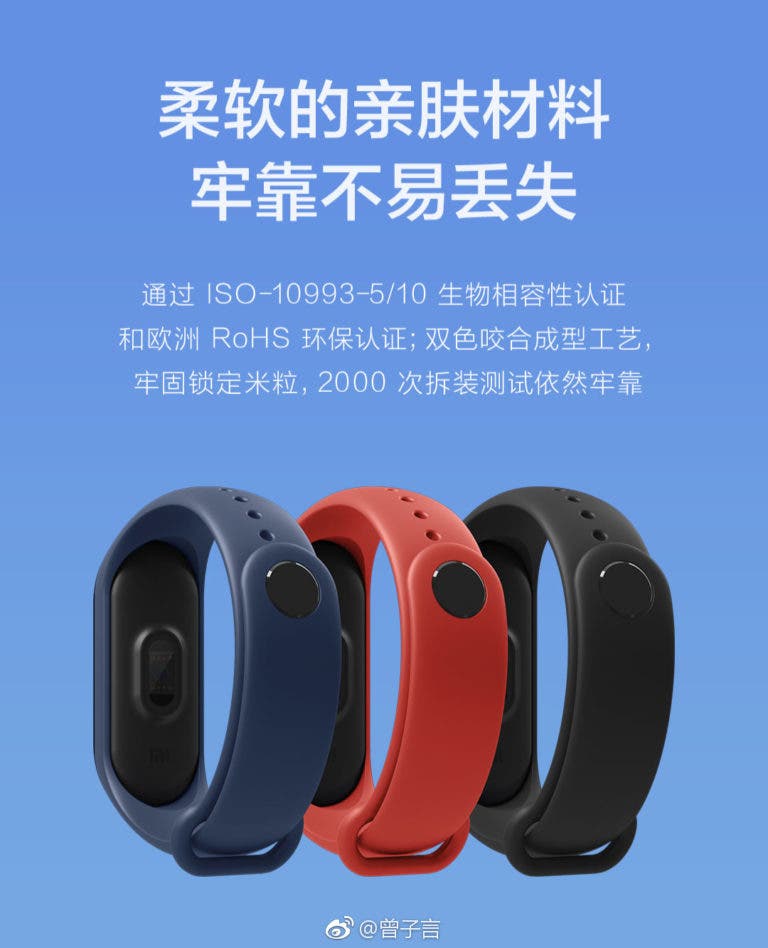 The leaked posters show us all the details and the final design of this newest wearable smart band. The Mi Band 3 is indeed coming with a 0.78-inch OLED panel in a convex shape and form, as we can see in the picture below, the display is kinda curved and fits perfectly with the colorful strap. 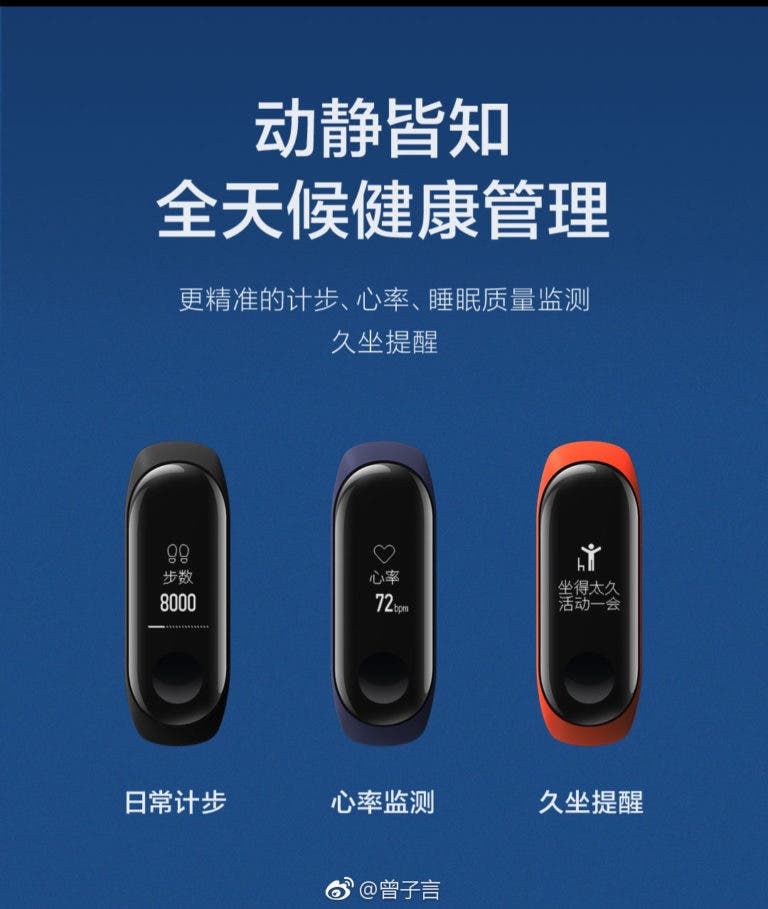 According to what we can see in the pictures, Xiaomi will be offering three color variants for the straps in Mi Band 3, Black, Navy Blue, and Matte Red. Of course, you can expect a myriad of Custom straps from third-party makers in coming months. The OLED panel will bring touchscreen capabilities allowing the user to interact directly with the features offered by the Mi Band 3.

These features will include the option to hear instant messages directly from the Mi Band 3, as well as see the Caller ID and get the option to mute the call without the need to interact with the smartphone. Xiaomi’s newest wearable will bring Weather forecast feature, alarm clock which can be turned off directly from the display, Heart Rate monitor, Sleep Tracker, Daily Steps counter and Sedentary Reminder.