LG earlier in May at an event in China introduced its latest Q-series smartphones – LG Q7, LG Q7α and LG Q7+ all with military grade certification. The Stylus enabled LG Q7 was expected to be part of that lineup, but that for reasons best known to LG didn’t pan out, the company has now announced the stylus-enabled LG 7 smartphone in not just one but three variants – the LG Q Stylus+, LG Q Stylus and Q Stylus α.

Much like the LG Q7 series announced earlier in May, the latest LG Q stylus series are all but the same device with a similar design, identical innards, but with a few differences.

The stylus aside, the new LG Q stylus smartphones ditches the micro USB on the Stylus 3 for a USB-C and all three variants come with military grade durability with MIL-STD 810G, but only the Q Stylus+ and Q Stylus are IP68-certified for water and dust resistance. The new devices come fitted with a single rear camera as well as a rear fingerprint scanner which not only doubles as the power button but also as the camera shutter trigger. Speaking of the camera.

The Q stlus+ also get better camera configuration, featuring 16 + 8 megapixels cameras on the rear and front, while the other two variants house a 13-megapixel rear camera with faster phase-detect autofocus technology, and a 5-megapixel Super Wide Angle selfie sensor. 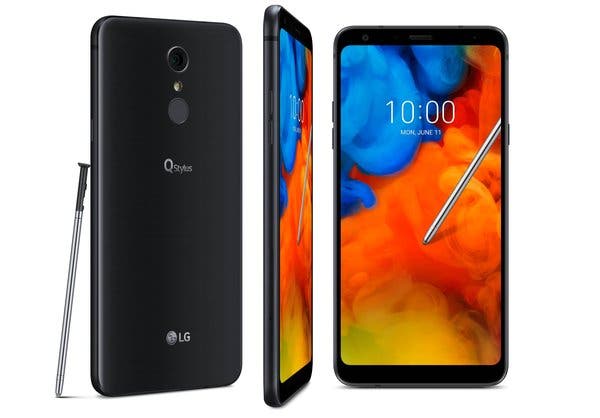 The included Stylus is an upgrade over last year’s stylus, as it can now recognize screen-off scribbles and also capable of capturing cropped screenshots of pictures and videos. All three variants run on Google Android 8.1.0 Oreo, pack a 3,300mAh battery, and will be heading to North America and Asia later this month, before rolling out to other regions in Q3 2018. Pricing details will be announced later.