With less than 6 days to the official unveiling of the Vivo NEX, details about the upcoming device from VIVO are still pouring in. Today, we have an official render dug up from Vivo’s Weibo page for you to feast your eyes on. The render reveals the device from an external design standpoint, and it is quite in line with previously leaked renders.

While the new trend leans towards a notched display with little or no bezels, it appears Vivo is gearing up to set a new record of offering a notch-less screen with a very high screen-to-body ratio.

Very clearly, the device as seen below is set to come with a large notch-less display surrounded by super-slim bezels on three sides and slightly thick button bezels which should result in more than 91% screen-to-body ratio. That’s not exactly the most intriguing news though, the Vivo NEX has no display notch, no front camera or sensor located anywhere near the display top, instead, the display top is bare, and this leads Vivo to relocate the selfie cam to a hidden position at the top edge of the phone, the camera pop-up on its own when it is activated using the camera app. However, available leaks and rumours suggest there could be variants of the NEX that will sport regular front-facing camera which will be included in the phone’s bottom-right corner. 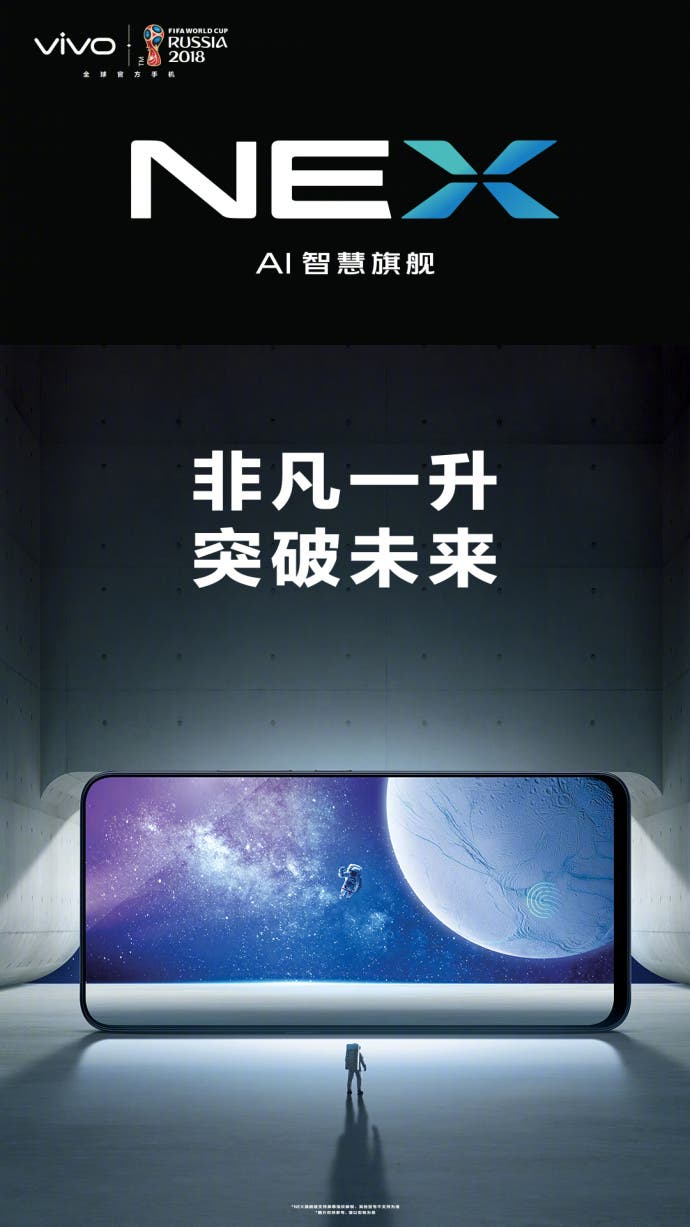