Two weeks ago, BlackBerry decided to finally take the wraps off the successor of its most successful smartphone in years – The BlackBerry KEYone. The BlackBerry KEY2 bring some major improvements over its predecessors and according to TCL will be available for pre-orders in the United States on the next week.

To be more precise, the smartphone should be widely available just on July 13, but those who are eagerly waiting for this newest QUERTY flagship can pre-order the device starting Friday, June 29 at a price tag of $649,99. Considering the price, the smartphone can easily be confused as a flagship device, well, it indeed brings some neat features and specifications such as 6GB of RAM, either 64GB or 128GB of internal storage. Also, the smartphone carries a dual 12MP camera setup on the rear and an 8MP selfie snapper on the front. However, in the end, the smartphone is powered by the Snapdragon 660, that is an excellent processor, of course, but it still isn’t comparable with the Snapdragon 845 that is equipped in most of the flagships that are in the same price-range of KEY2. Regardless of this fact, the BlackBerry KEY2 is a niche device with unique characteristics and can’t be compared with other smartphones in the segment. 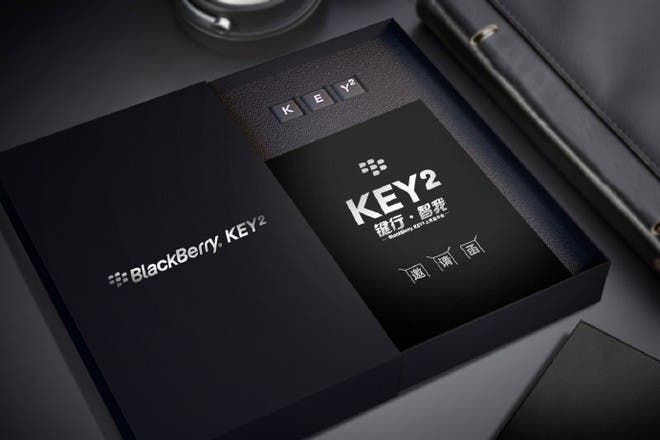 Externally, the handset doesn’t follow trends and brings a design that is purely based on the essence behind BlackBerry, productivity, and business-related features. The handset features a 4.5-inch LCD display with a physical keyboard, totally meant to improve productivity and for those who can’t live with the software keys. The smartphone is fueled by a 3,500mAh battery that should provide two days of usage considering the small display and the power-efficient 14nm processor.

If you are residing in the US and want to grab a unit of the KEY2, it will be available for pre-order via Amazon, Best Buy, AT&T, T-Mobile, and MetroPCS. Last, but not least, the smartphone will be available in both Black and Silver color variants.

Previous Sony could preparing the Xperia XZ3 Premium with 18:9 4K display and Android P in tow