This afternoon, Lei Jun announced on Weibo the Xiaomi Mi 8 series phones’ sales exceeded 1 million units in 18 days and shipped 1.026 million units. In fact, at the beginning of the release, Lei Jun said that the first batch of the Mi 8 stocks reached hundreds of thousands of units, which was the largest stocking of Xiaomi’s flagship phones. Thus they put a lot of effort to reserve as many units as possible. But it was sold out in 97 seconds. The second batch of these series handsets went on sale on June 16. Lei Jun had announced the total number of the Mi 8 SE and the Mi 8 will exceed 1 million units. 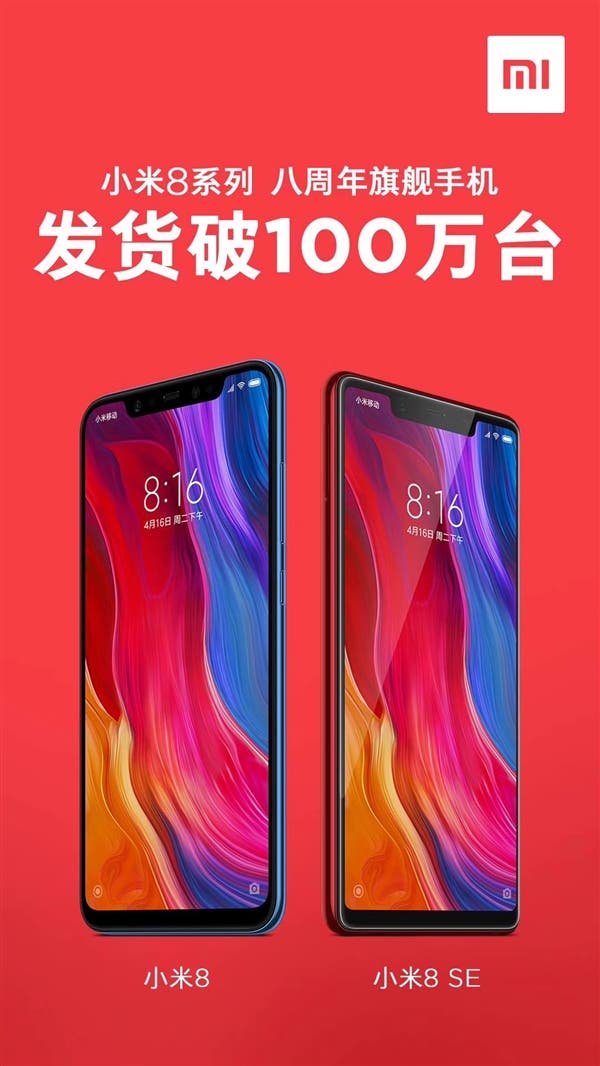 Not surprisingly, this party got a status ‘out of stock’ as well. Boring? Of course, yes. But we have what we have. The next bunch will be available for purchase on June 26. In this regard, Co-Founder and President of Xiaomi, Lin Bin said: ‘We have made great strides in ramping capacity in production, but the demand for Xiaomi Mi 8 is far more than expected. We are trying our best to increase production capacity, hoping that more Mi phones can be brought to the stores as soon as possible.’