At the MWC2018 show in February this year, Asustek released its first Snapdragon 845 flagship in face of the ASUS ZenFone 5Z. The phone has been available for purchase in various markets, including Europe and India. Now it lands in the US. Today, the official US website of the manufacturer announced the pricing of this handset. It is $1999! 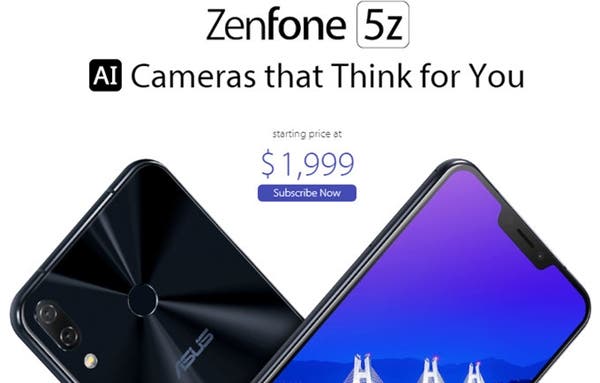 However, many think there is a mistake and it will be fixed soon. PhoneArena said the price of this phone in the US market should be $500. But who knows? Today, Sony announced the pricing of its flagship, the Xperia XZ2 Premium for the US market, and it was set at $999.99. So why the ASUS ZenFone 5Z can’t cost $2000?

As for the other markets, the ASUS ZenFone 5Z could grab a huge amount of customers due to a lower pricing than the OnePlus 6. Say, in Italy, it costs 550 Euros, in Japan, it is available at JPY 75,384 which converts to around 580 Euros, etc.

Actually, this device can be considered as one of the best models available on the market. But it still has a lot of work to do in terms of pricing. Though the ASUS ZenFone 5Z is beating the Mi MIX 2S and other high-end models in AnTuTu, it can’t compete with the Mi flagships.

Anyway, we’ll see whether the US pricing has been set mistakenly or it is what the company has kept in mind. But one thing is clear – Asustek has designed a good handset and it can make a tough competition to many phones. Due to a 6.2-inch notch screen, SND845 chip, 6GB of RAM, 64GB of internal storage, 3300mAh battery, 12+8MP AI dual-camera, and Android O, it can be a good option for many customers.