Google is putting some effort to put a deal against Amazon and its virtual assistant and IoT devices. One of the reasons behind the Search giant success is, of course, the entry-level and ultra-affordable Google Home Mini. The device was the reason why Google started to catch up to Amazon’s Echo speaker sale numbers.

The company started to offer plenty of discounts and bundle sales to boost up the Google Home Mini even more. Today, the Echo Dot rival is once again available for free in one of these bundles. This time, the smart speaker is coming bundled with Lenovo’s recently released Smart Display. The 8-inch model is the smallest Lenovo’s offering, and getting a free bundled Google Home Mini in the smart display $199 price tag is being a decent deal. 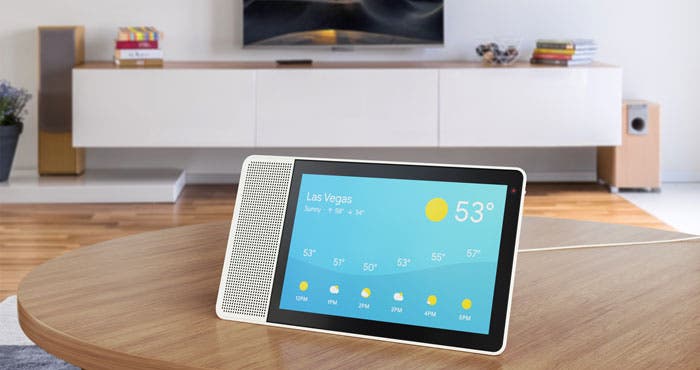 The combined devices are enough to challenge the Amazon’s Echo Show and the Echo Dot. Users wishing to get their hands on the two handsets just need to grab it via BestBuy. The two handsets offer, basically the same features, however the Lenovo Smart Display, obviously, has an interactive display.

Let’s see if the combined force of Google and Lenovo will be enough to harm the market conquered by Amazon and its myriad of smart home devices.

Previous All three variants of the Galaxy S10 might come with in-display fingerprint sensors : Report

Next Microsoft introduces Bing Spotlight in the US, other countries will receive it soon