Earlier this week, Samsung announced the Galaxy A7 (2018) its first triple-camera smartphone and is now preparing its first smartphone to debut with a quad-camera setup. The smartphone in question is the Galaxy A9 Pro (2018) and is expected to come on October 11.

Previous speculation pointed that Samsung could be actually preparing a setup with cheap quad-cameras and would use it for mere marketing purposes. However, today a new leak surfaced in the web revealing further details about the smartphone. According to the report, Samsung will include a main 24MP camera on the rear coupled with a secondary 8MP unit with the super wide-angle lens of 120º of view. Furthermore, the handset will also count with two additional ZOOM cameras with 10MP and 5MP on the rear. The selfie lovers will have a pleasant experience thanks to the 24MP front-facing snapper. 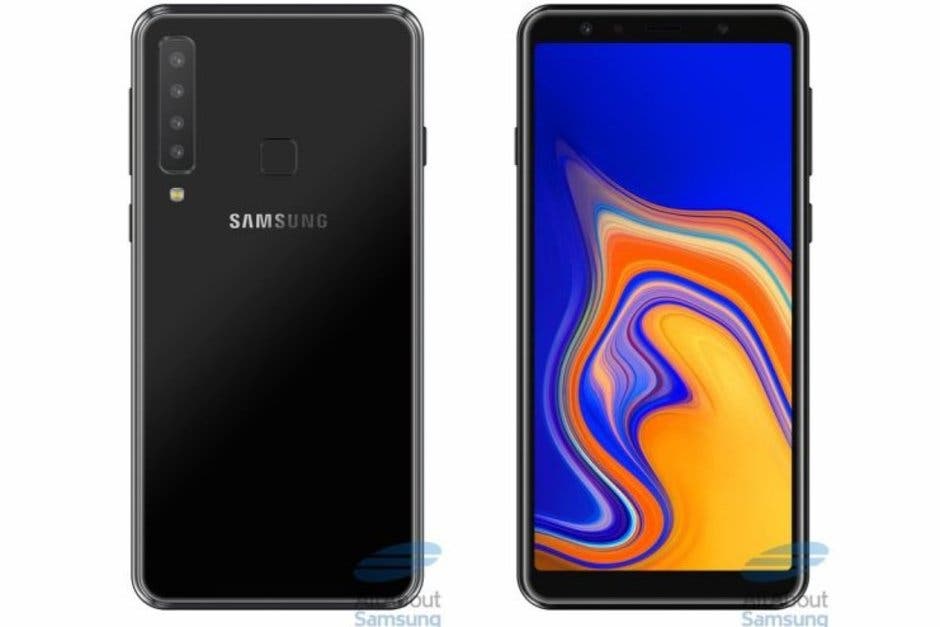 In what comes to the specifications, the Galaxy A9 Pro (2018) will be equipped with the Snapdragon 660, this drops the previous information pointing to the presence of a Snapdragon 710. The smartphone will boast a 6.28-inch Notchless FullHD AMOLED display and will have 4GB or 6GB of RAM for multitasking purposes. Also, the handset should bring 64GB or 128GB of internal storage that can be further expanded via a microSD card. The smartphone will ship with Android 8.1 Oreo out-the-box and will be fueled by a 3,720mAh battery.

Like the render reveals, the Galaxy A9 Pro is expected to feature a similar design language of its smaller A7 brother. Anyway we advise taking these rumors with a pinch or two of salt until the official revelation in the October event