Today, Chinese manufacturer, Lenovo, announced on Weibo that the company will have a huge event announcement tomorrow. Well, just like Xiaomi, Lenovo is also reported to be working on a slide-type design phone and it appears that the company will announce the launch date of this smartphone tomorrow. Lenovo’s executive vice president, Liu Jun, announced the existence of this smartphone at Lenovo’s Technology Innovation Conference earlier this year. It is reported that the smartphone is named Lenovo Z5 Pro. Its biggest highlight is that it has nearly a 100% screen-to-body ratio and it comes with an on-screen fingerprint sensor. 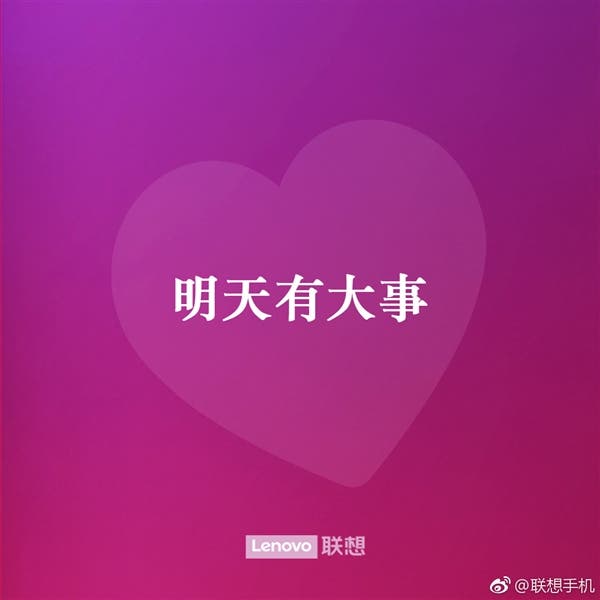 In order to achieve the super high screen ratio, Lenovo Z5 Pro innovatively uses the slider design which sees that the camera sensor, earpiece, and other components are hidden thus giving room for more screen. Presently, there is no technology that helps manufacturers to hide the camera, earpiece, and other sensors under the screen this the slide-type design is perhaps the only solution for a true bezel-less phone. According to the rumors so far, the Lenovo Z5 Pro uses a full-screen design with a resolution of 2246 × 1080 and an aspect ratio of 18.7:9. It may be equipped with a Qualcomm Snapdragon midrange processor coupled with 6GB of RAM. Obviously, Xiaomi and Lenovo have something similar for us this month. Which of these smartphones do you anticipate? Lenovo Z5 Pro or Xiaomi Mi MIX 3

Next Honor 8C specs revealed ahead of October 11 launch