Apparently, the leaks surrounding the Huawei Watch GT do not look like ending as we’ve just got a new one on the upcoming wearable. A couple of weeks ago, few specs were confirmed as per a report and later it was found that the new watch would not feature Wear OS. Now, Huawei has showcased the Watch GT on its own website today with complete specifications. Even though the listing has been taken down, we’ve managed to capture a few images from there. 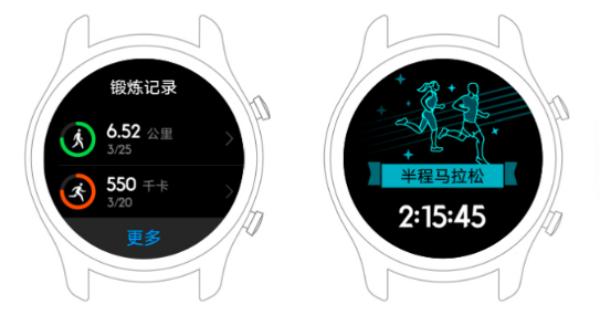 Beginning with its appearance, the Watch GT has around 1.39-inch AMOLED display consisting of resolution of 454 x 454p and will be surrounded by a ceramic bezel. Moreover, the rest of the body will be casted from aluminium. One of its main highlights is the thickness which is 10.6mm and compared to Apple Watch it is 0.1 mm slimmer. The battery power of the watch is a 420mAh cell which will allow it to run for a long 30 days continuously and more intensive use will still make it last up to 15 days. Also, one can use the GPS if required but that will limit the battery to 22 hours only.

Coming on to the features, the Watch GT has “TruSeen 3.0” technology paired with a new heart rate monitor which will considerably synchronizes the sensor with AI in order to optimize the accuracy. Another feature which is worth noticing is that it may also allow sleep tracking and blood pressure detecting technology much needed when a user is facing high pressure it suggests you to take rest and do less work. Speaking about fitness it has one add-on feature which will give you built-in personal running trainer. Apart from that, it has other handy features such as activity tracking for swimming, riding, hiking, cross-country, and more. It will also feature SMS information, calling, e-mails, calendar, reminders, and social media apps but not like the ones on Wear OS.

Currently, it is very vague what would be the price tag of the watch. It is claimed that the Watch GT will only be adaptable with Huawei/Honor devices running EMUI 9.0 with an option of Android 9 pie compatibility. The Huawei Watch GT is poised to launch with the Mate 20 flagship in a few days.