While Apple doesn’t always “innovate” when bringing new products, the company does definitely set trends every time they release something “different”.

The upcoming device that’s expected to be unveiled tomorrow, October 30th, is the next gen iPad Pro, which as some will know, is the lineup of tablets with more advanced hardware and the possibility of using a precision pen to draw, write and whatnot.

The new iPad Pro is rumored to be coming in two variants of different sizes, so that it can please everybody in need, plus, according to today’s leak, it’ll also sport a big change in its design. 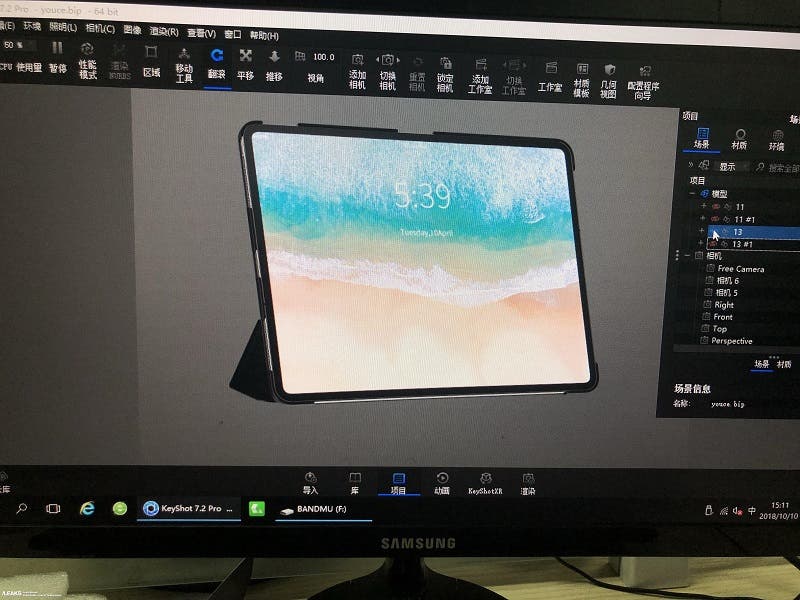 The iPad Pro 2018 will indeed have no Touch ID home button at the front, which has been removed completely. Thus we expect it to have a Face ID like recognition system just like on the iPhone X series.

Thankfully though, there’s no hideous notch on this one; did they lack of bravery?

Next OUKITEL U23 with notch display and gradient colors coming November