With the 2019 MWC barely 3 months away, news and leaks about Samsung’s Galaxy A8s and of course the upcoming flagship Galaxy S10 are all pilling up. Four different variants of the upcoming 10th anniversary Galaxy S10 are said to be in the works, with the entry-level variant codenamed as “beyond 0” , the standard Galaxy S10 as the  “beyond 1” , the S10 Plus as the “beyond 2”,  and a 4th variant expected to come with 5G and a total of six cameras.

While a leak that emerged earlier today revealed that the 4th variant with 5G and 6 cameras could come with up to 12GB of RAM, and 1TB of expandable storage, a new scoop from Russia suggest the S10+ may have been certified in Russia. Specifically, reports have it that some unannounced Samsung smartphones with the model number – SM-G975F and SM-G975X have been certified in Russia. Alongside these, a third variant known as the DS SM-G975F confirms that a dual-SIM version of Samsung’s most expensive Galaxy S10 model will indeed be available to purchase. 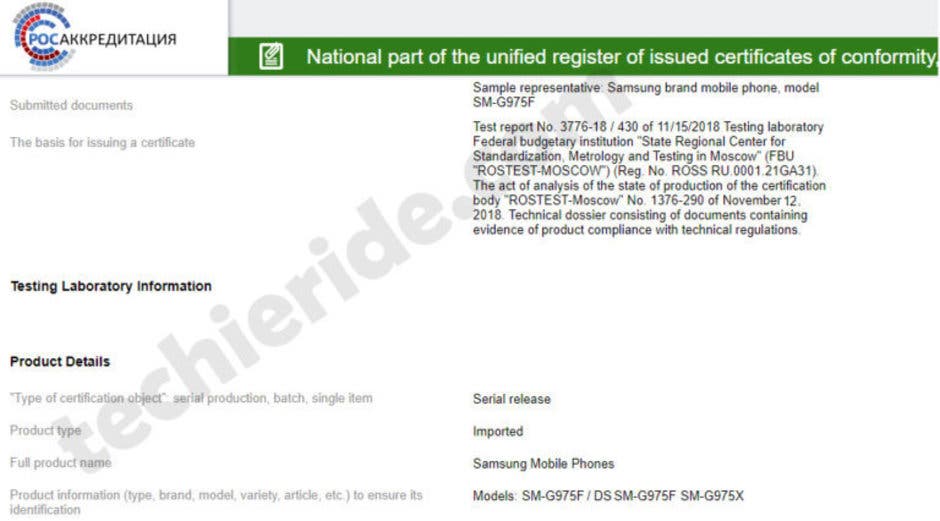 Sadly, not much has been revealed about any of these variants at the moment, but previous reports have before now linked the newly certified device to the Galaxy S10+.

Earlier today reports emerged that the Samsung may be switching to the Infinity-O design which will expectedly first feature in the much rumored Galaxy A9s.

Previous Get an ONIKUMA Gaming Headset during the Huge Holiday Sale