The top dog companies like Apple or Huawei are releasing flagship smartphones for pretty crazy prices recently and many of the customers are starting to question the need for such extreme priced models. After all is the $800 flagship really 4 times better than the $200 priced midrange device ? One such small comparison we have for you today with the OUKITEL U23 and Huawei P20 Pro.

Both phones are their respective brand flagship models and even though of course the sheer hardware power and features are miles apart, there are more similar comparison points than you would originally think. Both phones have very sleek premium build, gradient back colors, FHD+ notched display and much more. Minor difference is also with the fingeprint scanners, because the U23 has a rear one, whole P20 Pro uses the front location below the display.

As we said the Kirin 970 processor, inside the Huawei P20 Pro is of course much more powerful than the Helio P23 for OUKITEL U23, but for the daily normal usage the gap is not something you will clearly notice and both phones have plenty of memory with 6 GB RAM and 64 GB of internal storage. Both also have the Android 8.1 Oreo system, but the Huawei piece of course comes with their own EMUI 8.1 OS flavor on top of it. And U23 even scores some extra bonus points for added wireless charging function. 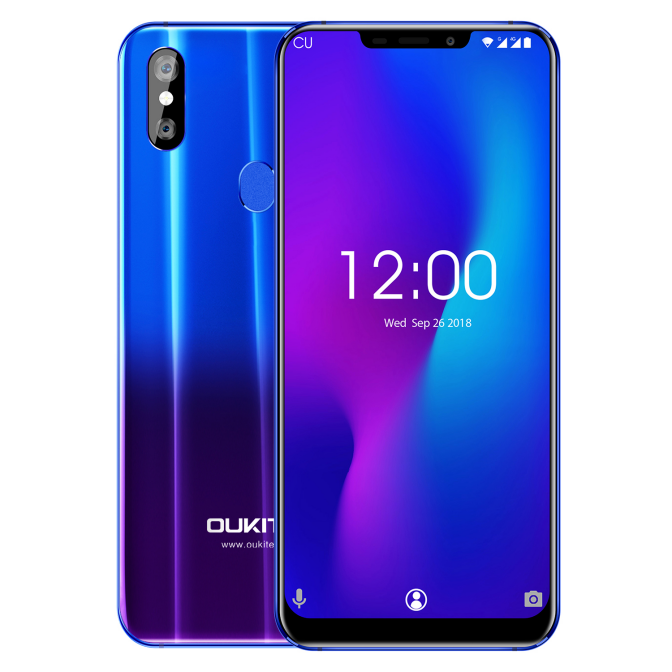 The biggest difference is with the cameras, because the Huawei P20 Pro is for a good reason considered as the best current photo-phone out there with the powerful triple rear LEICA lens cameras with 40MP/20MP/8MP resolution. OUKITEL U23 can counter only with dual-lens rear cameras with 16MP Samsung S5K3P9 sensor and 2MP secondary one, but once again, is it really more than 4 times worse considering the money ?

Huawei P20 Pro is currently sold around the $870 mark and the OUKITEL U23 is really less than 4 times cheaper, because currently you can find it on the Gearbest e-shop for a special promo price of $209.99. It’s available up until December 2nd so if you would prefer to save some money while getting still a very good phone, this is your chance.

Next Realme Buds gets unveiled; bass-heavy sound and Kevlar for just $7