Back in October, Huawei had announced that it will be expanding Y series with few phones starting from 2019. Recently two phones belonging to Y series have popped up online on Eurasian Economic Commission. The phones are believed to be Huawei Y6 (2019) and Y7 (2019). However, the EEC does not reveal any specs but it provides us their model numbers. The Y6 (2019) will be launched under model number MRD-LX1F and Y7 (2019) as DUB-LX1.

Since the devices have now been certified, we expect them to launch early next year. Their predecessors – the Huawei Y6 (2018) and Huawei Y7 (2018) – were launched around the same time this year. The budget offerings haven’t been released in India yet. 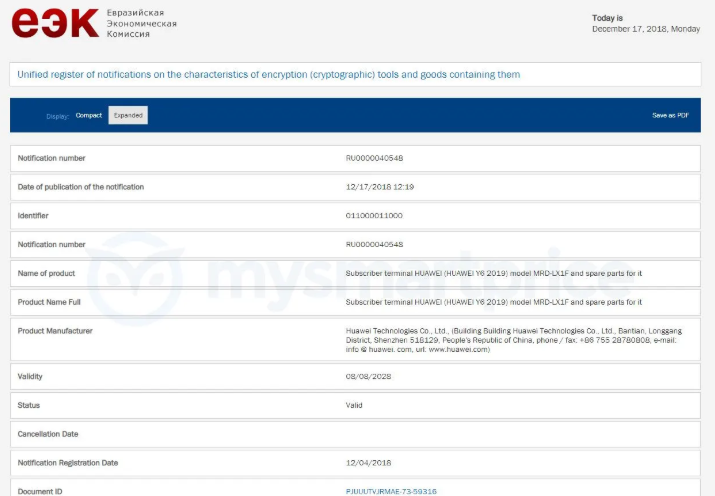 Coming to Huawei Y7 (2018), it is furnished with a 6-inch screen display with a similar resolution and aspect ratio as Y6 (2018). The device runs on Snapdragon 430 SoC backed by 2GB RAM and 16GB internal memory. The phone boasts a 13MP rear camera and a slightly better 8MP camera than the former one. The Y7 (2018) features similar battery and OS built, however, it does feature a fingerprint sensor.