Today, on December 23, the 20th Peking University Guanghua New Year Forum was held with the theme of ‘Better China: Dare to Go Forward’. Ni Guangnan, an academician of the Chinese Academy of Engineering and former Lenovo chief engineer, attended and gave a speech. He said that Huawei and Lenovo have been like a tortoise and a rabbit race for 30 years. 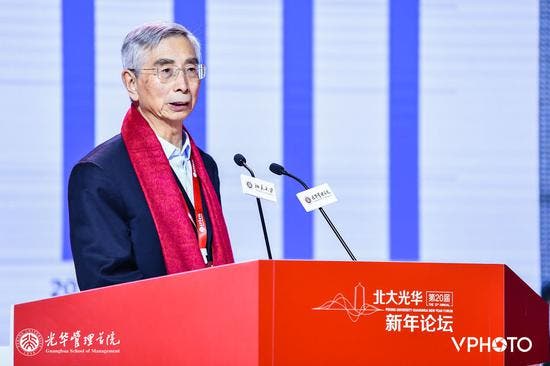 Ni Guangnan showed a comparison chart of sales of Lenovo and Huawei (1985, 1987) and divided the race into two phases. In the first phase of 1988-1995, Lenovo’s ‘technical industry and trade’ outperformed Huawei’s ‘trade and industry’. In 1995, Lenovo’s sales were 6.7 billion yuan ($0.97 billion) that is 4.5 times of Huawei’s sales. But from 1996 to the present, in the second stage, Huawei, which started ‘technical industry and trade’, outperformed Lenovo’s ‘trade technology’. In 2001, Huawei’s sales exceeded Lenovo’s. As of December 22, 2018, Lenovo’s market value was $8.1 billion. Huawei’s valuation has exceeded $400 billion, the gap between the two is close to 50 times. 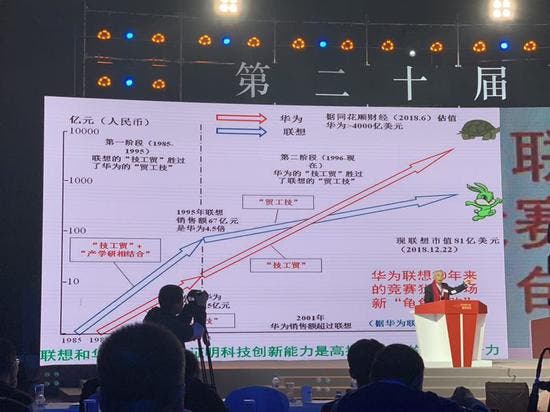 Ni Guangnan said that Huawei has succeeded for many reasons. ‘In the first ten years, before Lenovo changed its shareholding, we believed that the equity of technology will be reflected, but it has not been reflected after the share reform. Many people have been afraid to come to Lenovo, plus, a large number of people have left. In contrast, Huawei has done a better job in this regard.’

Actually, the external environment is basically the same. So where is the gap between Lenovo and Huawei? Ni Guangnan believes that it is a strategic problem. On the one hand, Huawei has always insisted on R&D investment. On the other hand, Huawei’s equity has stimulated the scientific and technological personnel. ‘Lenovo is not doing well right now. First, because the strategy is wrong. Second, the equity of intellectual property rights is not good for the company’s development.’ So in the future, Lenovo should strengthen the protection of scientific and technological personnel as much as possible.