The US Federal Trade Commission’s (FTC) antitrust lawsuit against Qualcomm continues, and Apple Chief Operating Officer Jeff Williams has stated his position and shared some of the contractual terms between Apple and Qualcomm. 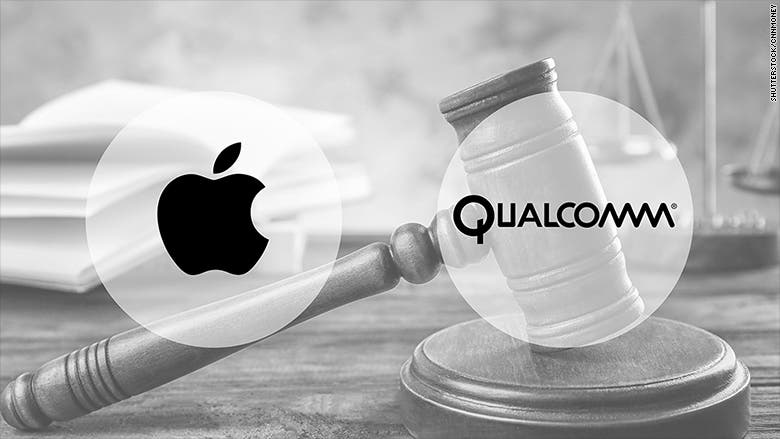 Williams said that despite the lawsuit between Apple and Qualcomm, Apple hopes to use both Qualcomm and Intel chips in the iPhone XS, iPhone XS Max, and iPhone XR. However, William claims that Qualcomm ultimately refused to sell its modem to Apple because of the lawsuit. The Apple executive went on to explain that after Qualcomm CEO, Steve Morenkopoff, refused to sell chips to Apple, Apple had to contact Intel CEO, Brian Cranznic, to provide LTE chips for all iPhones in 2018. He said: “We hope to continue to acquire Qualcomm’s technology.”

In addition, Williams also detailed Apple’s past interactions with Qualcomm. In 2011, as Apple needed CDMA-compatible chips, Apple and Qualcomm signed an agreement to replace Infineon as a modem supplier. The two companies eventually negotiated an agreement, and Qualcomm charge was $7.5 for each iPhone, which Apple had previously expected was $1.50. However, under the terms of the agreement, Apple must agree to a “marketing incentive agreement” that publicly opposes the prevailing WiMax standard. If Apple devices use Qualcomm’s competitor’s baseband chips, Apple’s rebates from Qualcomm will need to be returned.

When the contract was renegotiated in 2013, Qualcomm hoped to raise the cost of $7.5 by another $2.5 to $10. This would increase Apple’s annual licensing costs by more than $1 billion. In order to reduce costs, Apple accepted Qualcomm’s request for an exclusive contract because Apple needs Qualcomm’s chips. Until the release of the iPhone 7, Apple realized the diversity of baseband suppliers. The iPhone 7 is the first iPhone to use both Qualcomm and Intel chips. Apple and many other Qualcomm partners are involved in the legal battle between Qualcomm and the FTC. According to FTC, Qualcomm has been using anti-competitive strategies to maintain its position as a major supplier of smartphone baseband processors.

Next YouTube app will support new gestures for skipping videos