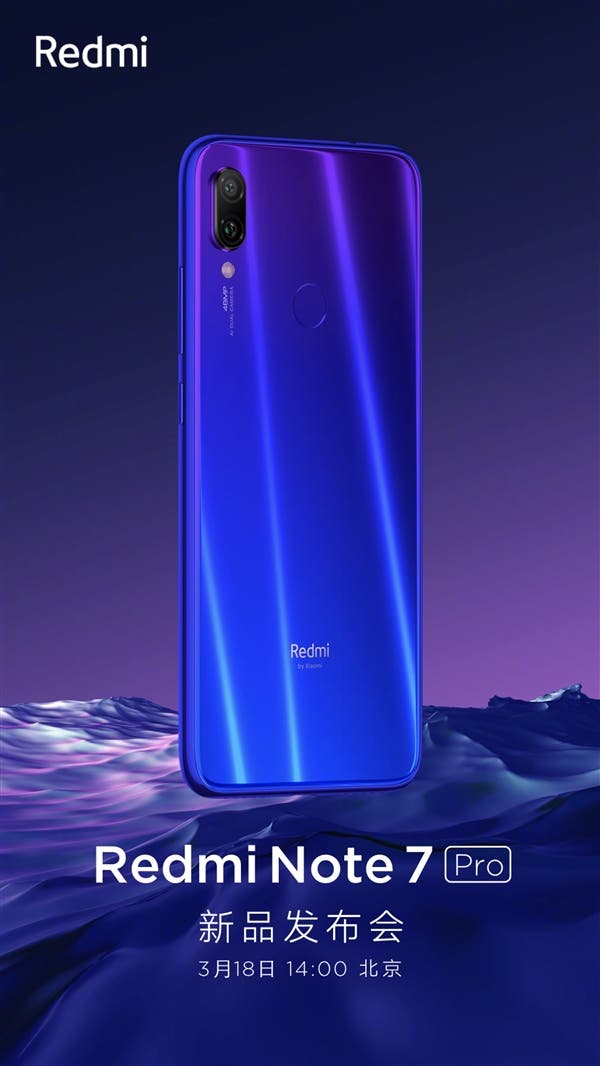 It is equipped with a Sony IMX586 48MP ultra-clear camera which is currently the highest pixel Sony mobile phone camera sensor. The 48-megapixel automatic four-in-one 1.6μm high-pixel high-sensitivity mode with single-pixel sensing allows you to capture more light even in dark environments.

Lu Weibing, vice president of Xiaomi Group and general manager of the Redmi brand, stressed that the Redmi Note 7 Pro is completely no less than the 3,000 yuan ($447) flagship phone and the imaging effect is worth looking forward to. Another upgrade is the processor, the Redmi Note 7 Pro is equipped with Qualcomm Snapdragon 675 mobile platform. This chip is based on 11nm process technology which is Qualcomm’s first fourth-generation Kryo 460 architecture. It uses an Adreno 612 GPU, the CPU clocks at 2.0GHz and it runs up to 180,000 on AnTuTu.

Next Realme 3 confirmed to come with 4,230mAh, be Flipkart exclusive