The smartphone market has seen a lot of pop-up camera phones this year, and that too at a price that was not expected last year with Vivo’s unique NEX series. Now, there are models from OPPO, Vivo, and likely OnePlus and Xiaomi. Now, Meizu is set to join the fray with fresh reports of a patent application (via IT Home). 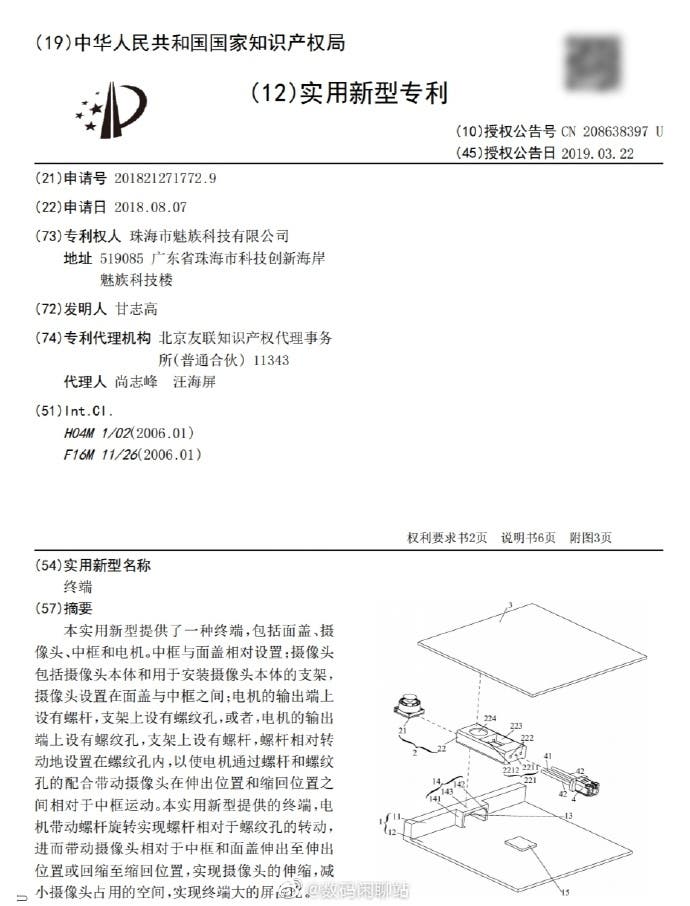 Without going into much details regarding the mechanism displayed in the patent, it wouldn’t be a long shot to say that Meizu could announce a handset with a pop-up camera in the near future although there are no such models we know of right now. Meizu had previously refrained from using the Apple-style notch design as it did not consider it an ideal solution for a full-screen design. The pop-up camera would be the right way to go for the Chinese smartphone maker.

For now, the company is all set to announce the flagship Meizu 16s next week on April 23rd in Zhuhai.