Chinese manufacturer, Nubia, has already managed to release two gaming smartphones in face of the first and second generations of the Red Magic. The Nubia Red Magic 3 is on the way and it is scheduled to arrive tomorrow. Today, Nubia released the last poster of the Red Magic 3 e-sports phone and one of its major selling point is its built-in special cooling system. 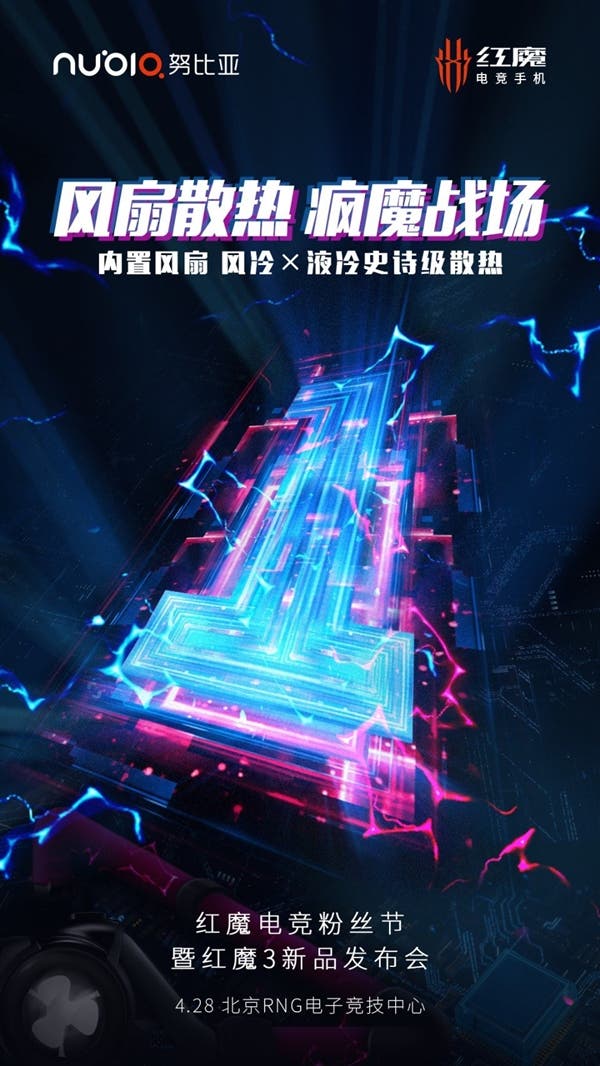 Ni Fei, general manager of Nubia smartphones, said that the Red Magic 3 is equipped with a composite “air-cooled + liquid-cooled” cooling module (patent number CN 109362207 A), which is designed to be added to the fan. The heat source intervenes to quickly remove heat and reach an unprecedented low-temperature level. According to the company, this is the world’s first mobile phone that uses fan technology for active heat dissipation. Nubia will use the vector control technology to keep the fan rotor drive direction 100% consistent with the rotor movement direction, which makes the fan run more smoothly, faster and with less noise. Nubia also uses a turbine (centrifugal) technology to output more air volume in a smaller space, improving heat dissipation. In addition, it will also cooperate with the liquid cooling heat pipe cooling technology to overcome the technical problem of fan cooling in a small space such as a smartphone.

This smartphone sports a 2340 × 1080 resolution display with a refresh rate of 90Hz. It comes with a Qualcomm Snapdragon 855 flagship platform coupled with up to 12GB of RAM and 256GB of internal storage. The battery capacity is believed to be about 5000 mAh.

Next Intel tries to sell its smartphone-modem division