A few weeks after Vivo unveiled its latest smartphone, vivo Z5x, a new smartphone from this company recently appeared on TENAA with a triple rear camera and a 4390 mAh battery. According to TENAA listing, the new model has the number V1913A. It comes with a 6.38-inch AMOLED display with a resolution of 1080 × 2340. Looking at the images on TENAA, the front camera is placed at the center of the display and it appears that the Vivo V1913A uses a waterdrop camera.

The rear camera is located in the upper left corner and has a vertical shape. The Vivo V1913A comes with a triple camera configuration which includes 16MP+8MP+2MP. The overall dimension of the smartphone is 159.53mm × 75.23mm × 8.13mm, it weighs 179 grams, and comes with a built-in 4390 mAh battery. The device is powered with eight-core processor clocking 2.0GHz. 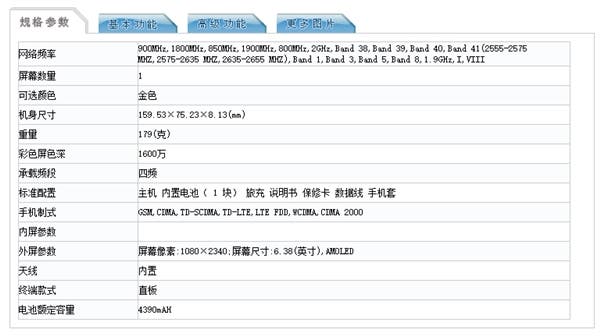 This SoC is supported with 4GB/6GB of RAM and 128GB of internal storage which is expandable  Pie out-of-the-box. The latest smartphone from the company, Vivo Z5x, comes with a punch hole camera and a huge 5000 mAh battery. As of now, there is no official date for the release of this smartphone. However, its appearance on TENAA means that this device will arrive the market in the nearest future.

Next Energy E12 - small phone with big features for just 12€