OPPO has two A series models in China – the A9 and A9X – and one of them, the OPPO A9 is headed to India, according to an exclusive report by 91mobiles. This report follows another one that the OPPO K3 is soon launching in India. The exact launch date for the OPPO A9 is not known, but it is being expected the next week which means that it could perhaps be unveiled with the OPPO K3 on July 19th. However, this isn’t officially confirmed either. The publication seems confident that the price will be Rs 15,990 for the A9. 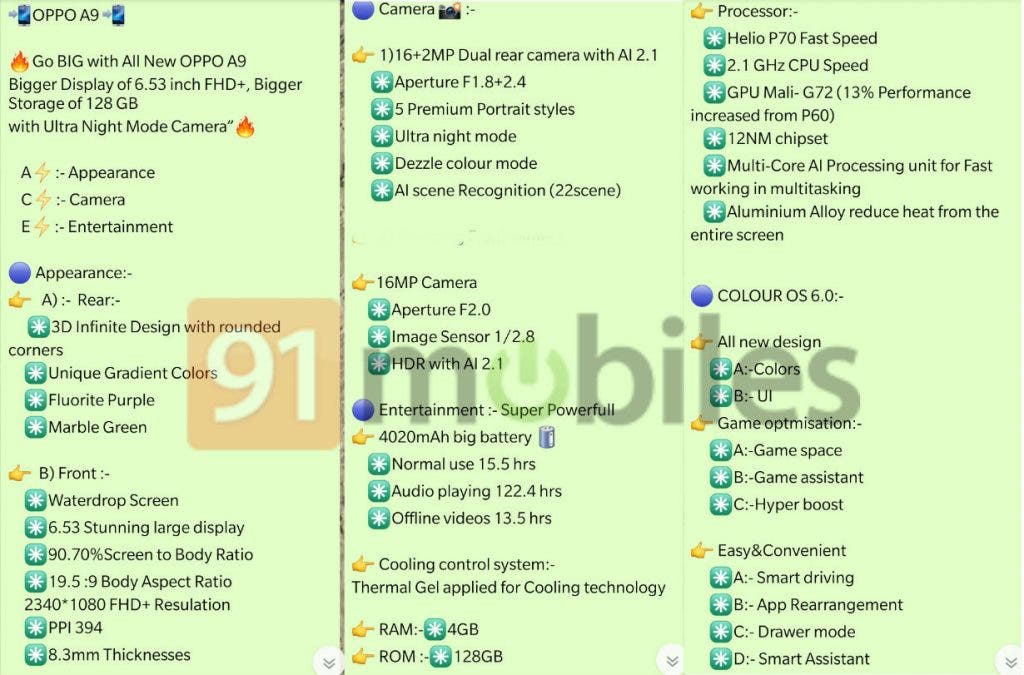 If you’ve seen the OPPO F11, that’s what the OPPO A9 is from the inside. Except that it has a 16MP rear camera instead of a 48MP sensor on the OPPO F11. There are some other minor differences as well such as the absence of VOOC 3.0 and it will be available in Fluorite Purple and Marble Green. Although, there’s no mention of the platform on which the handset will be sold.

Apart from that, the OPPO K3 is likely to command attention because of the high value-for-money factor and it will be a theme in the next week as Xiaomi and Realme also plan to bring their much-awaited handsets around the Rs 20,000 bracket in India.

Next Samsung Galaxy Note 10 To Come With 20W Wireless Charger?