The Galaxy Note 10 series will open the doors of August with the best technology can offer. Thanks to a plethora of leaks that have been leaking in the past days, we already know what to expect. The reliable tipster IceUniverse has reported the memory configurations for the Chinese market.

The Premium Galaxy Note 10+ won’t play any games in China. It will be serious with 12GB of RAM and 512GB of Internal Storage. We also expect to see a 1TB variant, however, it’s role will be determined by whether or not the Note 10+ comes with microSD support. Samsung already dropped the 3.5mm jack, and users will probably accept that. However, when it comes to the microSD support it’s a different history.

The standard Galaxy Note 10 will be a 4G LTE smartphone phone with 8GB of RAM and 256GB storage. Despite this information, we believe that Samsung will ship more units with different RAM and Storage amount in the future. Interesting enough, the global variants of Note 10 start with 128GB of storage, while the Note 10+ will be offered with 8GB RAM and 256GB Storage overseas. That’s not a surprise since Chinese variants always get more RAM and Storage since the market is quite fierce.

Since this is Samsung’s H2 flagship, we don’t expect to see any big update in the cameras. The performance will get a boost thanks to faster storage – UFS 2.1 to UFS 3.0. When it comes to the chipset power, the Exynos-powered phones will use the faster Exynos 9825 chip. The Snapdragon-powered variants, however, shouldn’t be getting a Plus version of Snapdragon 855. Instead, they’ll ship with the same chipset from Galaxy S10 series. 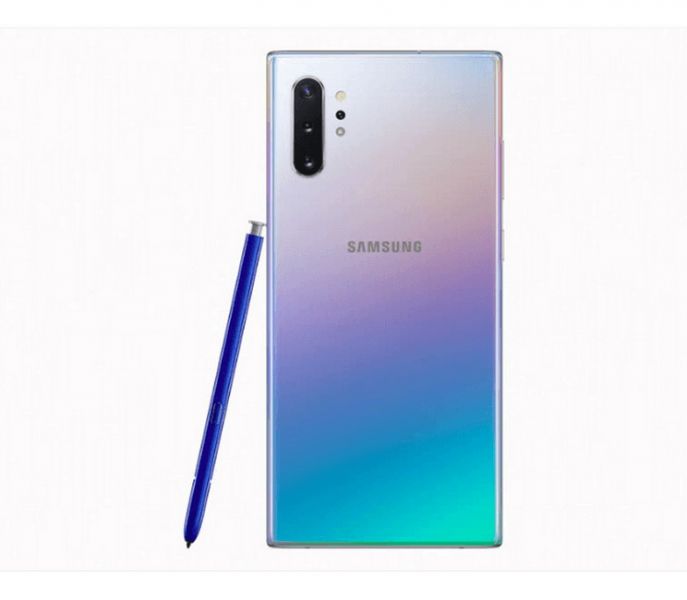 Charging speeds will be improved to 45W on the Galaxy Note10+. While the vanilla Note10 will charge up to 25W. Both handsets will ship with Android 9 Pie with One UI atop of it.