ZTE will hold a Nubia Z20 new product launch conference with the theme of ‘To Image’ on August 8 in Beijing. Ni Fei, the co-founder of Nubia, just released a couple of photo samples through his Weibo channel. Previously, it’s been rumored this handset will come with a very powerful camera. In these photos, Nubia demonstrates the Super Night Scene mode of the device. Ni Fei said, ‘When the super night scene mode is turned on, is there a feeling that the night is lit up?’ 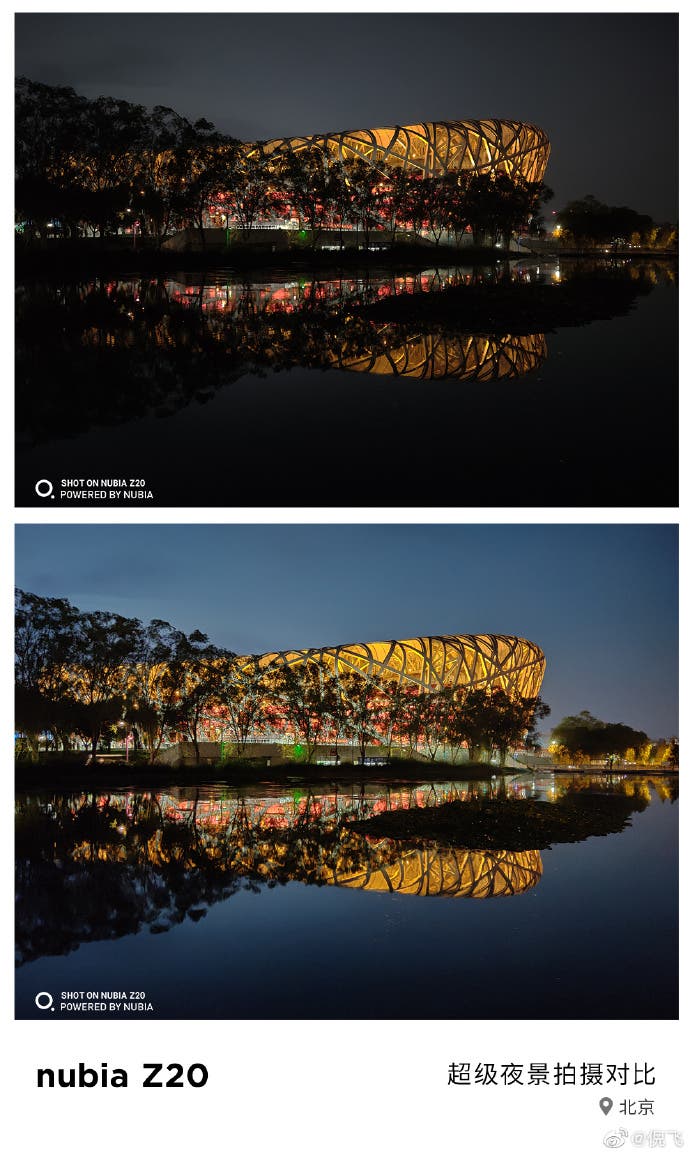 The Nubia Z20 is going to be the best flagship in terms of photography. Not that long ago, the company officially announced they had captured mysterious Large Magellanic Cloud via the Z20. Honestly, we have heard this phone will sport a very powerful camera on the back. Later, the manufacturer disclosed our protagonist will feature a very powerful selfie shooter as well.

A couple of days ago, we saw a photo with the alleged Nubia Z20. If this is the handset we are talking about, then the Z20 will feature a genuine full screen with no borders, no openings for the front camera, etc. Thus, there is every reason to think this phone will use a dual-screen design like the Nubia X. If so, the new Nubia flagship will sport only one camera module placed on the back.

Well, as for the moment, we know the Nubia Z20 will be capable of taking outstanding photos. Previously, we say the daytime samples taken by this phone. They were demonstrating the telephoto lens capabilities. And now, we can assess the nighttime shooting capabilities. In fact, both are amazing.

Previous Samsung could launch a smartphone with up to three screens