According to Counterpoint’s US Smartphone Tracker for Q2 2019, the US smartphone sales fell by 1.5% year-on-year. The upgrade rate of the four major operators is only 4.5% on average. It appears that the market is increasingly becoming cost-conscious. This because ” OEMs who gained year-over-year were opportunistic in the low-price tiers”. 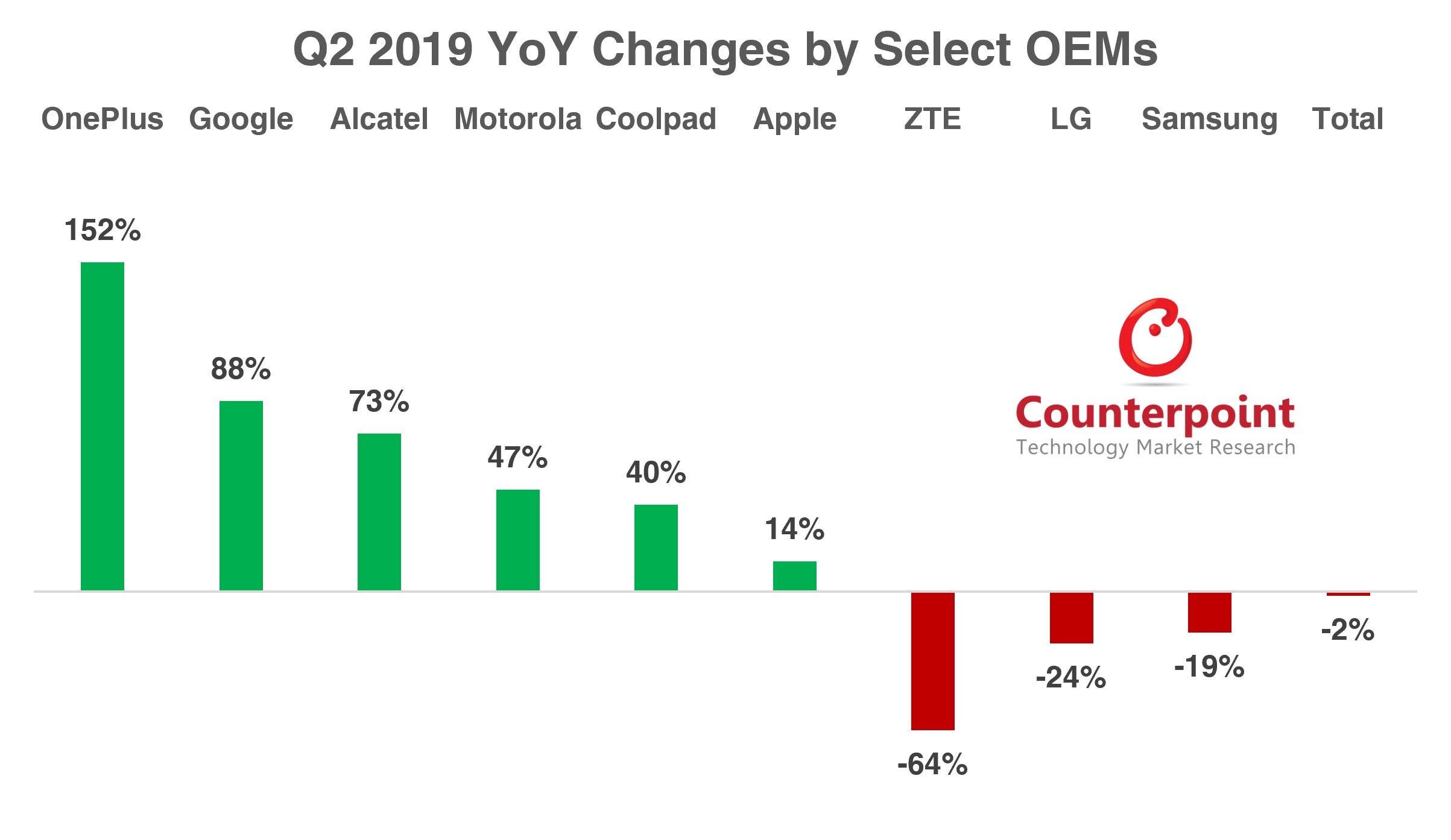 Research analyst Maurice Klaehne said: “Postpaid smartphone sales were weak in Q2. All carriers saw activations fall year-on-year. Smartphone sales have been in a decline for several quarters now as longer holding periods and bring-your-own-devices (BYOD) are affecting sales. We are seeing a shift away from premium devices as Apple showed a YoY increase through the continued success of the XR as its top seller. The iPhone 8 and iPhone 7 have also picked up sales this quarter, with some prepaid channels beginning the transition from the iPhone 6s to the iPhone 7 as the main iOS workhorse.” 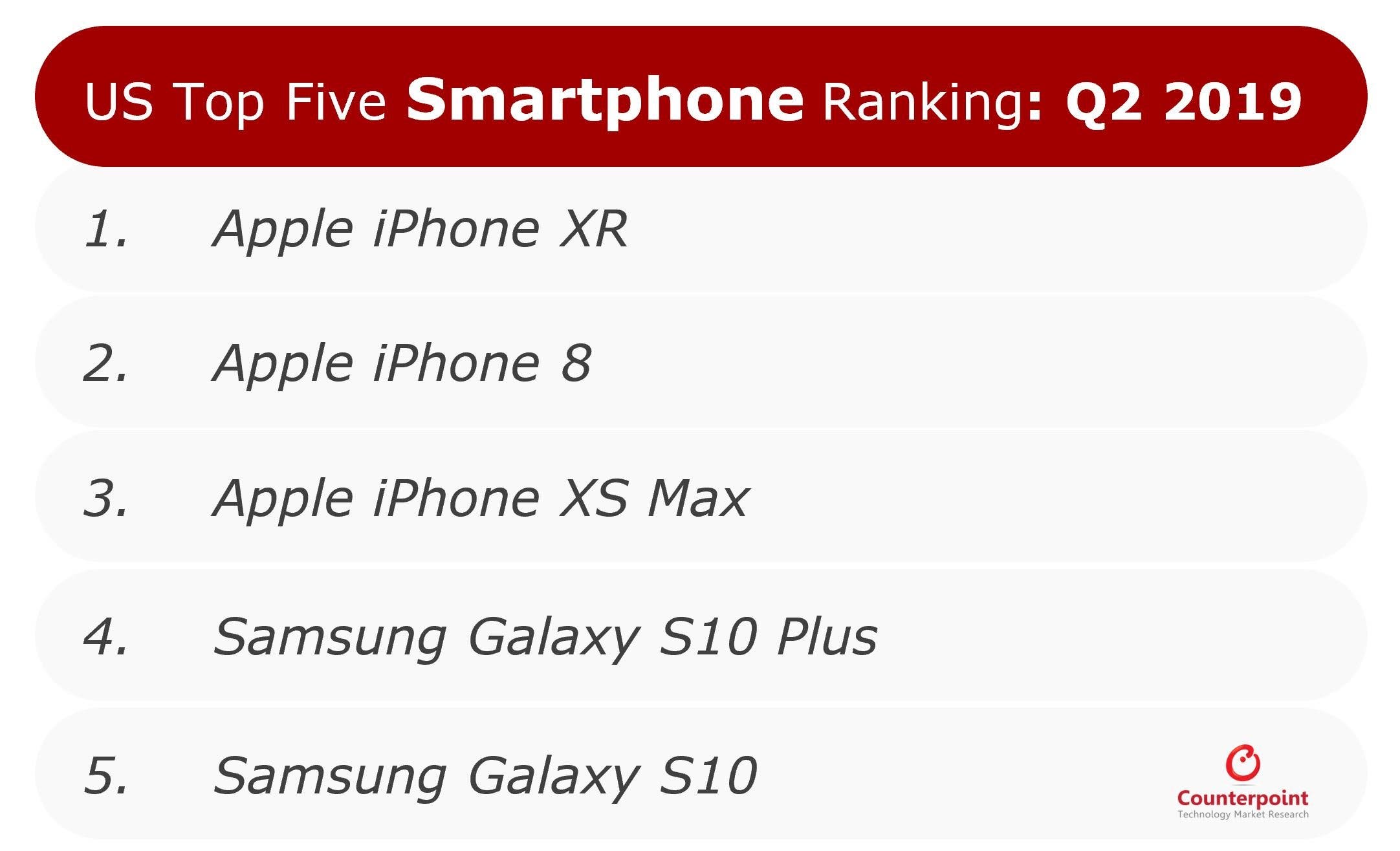 For mobile device manufacturers, research director Jeff Fildak added: “Samsung declined as Galaxy S10 sales began to waver in Q2. Samsung had a solid launch of the Galaxy S10 series but is now seeing signs of weakness. The S10e had underperformed from the beginning and sales of the S10 Plus and S10 have decelerated. Consumers are holding on to their older devices longer in anticipation of more 5G options coming out second half of 2019 and 2020. OnePlus, Alcatel, and Coolpad showed strong growth YoY. OnePlus launched the 7 Pro at T-Mobile. Alcatel continues to sell high volumes of the TCL LX in TracFone channels. It also gained another channel as it launched the Avalon V in Verizon. Coolpad made gains in Metro by T-Mobile with its Coolpad Legacy prepaid smartphone.”

Next Nokia 7.2 hands-on photos leak in the wild

Apple AirPods Are The Most-Selling TWS Headsets In Q3, 2020