Chinese manufacturing giant, Huawei, has already released two updates for its recent Huawei Mate 30 Pro. This smartphone first updated its768 0 frames ultra-slow shooting. Then it added space gestures and network acceleration technology. Now, Huawei has released the EMUI 10 system which adds camera optimization to the Mate 30 Pro. This update optimizes the stability of the camera and the compatibility of some car Bluetooth. The company recommends all users of this smartphone to upgrade. 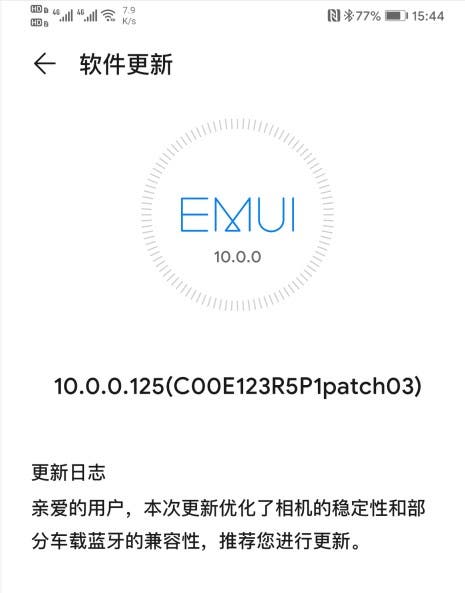 In addition, the EMUI 10 system based on Android 10 adds Diablo mode and brings a colourful AOD screen display. It also upgrades the screen lock and introduces new screen lock display styles. There are also golden icons for the camera and the dark mode got a few touches.

The Mate 30 Pro comes with a 6.53-inch FHD+ display (2400 x 1176), covering the DCI-P3 wide color gamut. It comes with a 60Hz refresh rate and its Sound-on-Display technology eliminates the need for an in-ear speaker. The Huawei Mate 30 Pro uses the Kirin 990 SoC with up to 8GB of RAM and 256GB of internal storage. In the camera department, the Mate 30 Pro comes with a quad rear camera setup. It uses a 40MP ultra wide-angle + 40MP wide-angle + 8MP telephoto + 3D depth sensor. In addition, these sensors support 3x optical zoom, 5x hybrid zoom, and 30x digital zoom. On the front, there is a 32MP selfie shooter that supports 3D face unlock. Its battery capacity is 4500 mAh and it supports 40W cable and 27W wireless fast charging.