Redmi has recently updated its range of entry-level devices, the Redmi 8 and Redmi 8A. Both of them have entered the market. Which by the standards of their price segment turned out to be quite interesting, but, as it always happens, there were some compromises and shortcomings.

Now, as part of the promotion for these new devices. The company states that the smartphones have a hidden feature. That removes dust and dirt from the speakers.

According to the manufacturer, the speakers have a design so that within 30 seconds they make a sound with maximum amplitude. Allegedly, the signal wave formed allows you to “blow out” and get rid of dust and dirt without damaging the speaker itself. 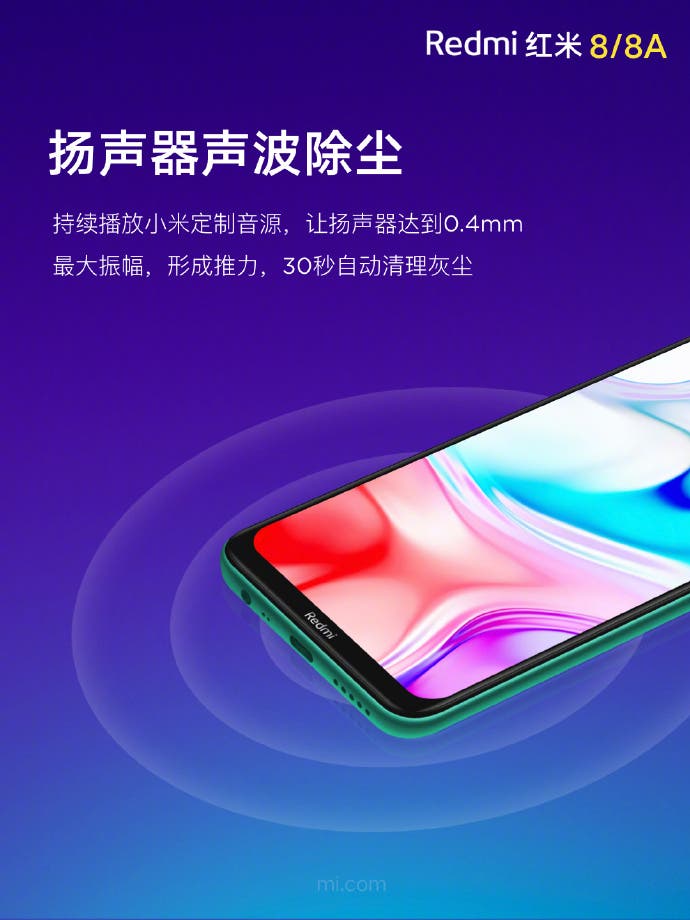 In the case of Redmi 8A, the manufacturer retained the screen and the hardware platform. Like that of the older brother, but this variant offers 2 GB of RAM only. The main camera has a single module of 12MP and the resolution of the selfie module is at 5MP. And this variant of the smartphone did not offer a fingerprint scanner.