We always look at the numbers to understand how this or that company performs. And in most cases, we look at the number of shipped items. But say Apple sells less but gets more. In this sense, the recent survey by Counterpoint Research shows that global smartphone industry profit fell 11% in the third quarter of 2019, achieving about $ 12 billion. Despite this, Apple iPhone still took 66% of the profits of the entire smartphone industry, about $8 billion. The remaining 34% of profits were divided by Samsung, Huawei, Xiaomi, OPPO, VIVO, and other smartphone manufacturers. We should also mention Samsung accounted for 17%. 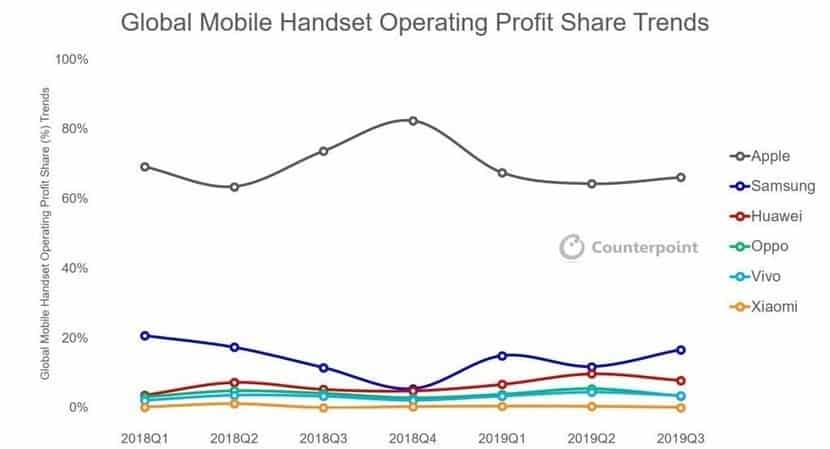 According to the report, Apple’s iPhone has performed well in major markets such as the United States, Europe, and Japan. Loyal premium users are the main reason why Apple can capture more than half of global smartphone profits. In addition, with its strong service business and its own complete ecosystem, Apple’s profits will continue to grow steadily in the next few years.

As the user’s replacement cycle becomes longer, Apple has reduced the price of some iPhone models. This has caused some challenges for Chinese smartphone brands to increase profits and raise prices and has limited their pace in the high-end market.

Next Libra Coin's Release Time is in Doubt, No Clear Strategy Yet