Back in September Samsung released the Galaxy A30s in India. The mid-range contender arrived in the Indian stronghold with just 4GB of 64GB of internal storage. Yeah, we know that it is the standard for a mid-range device, but there are some users who definitively need more storage in their smartphones and just a microSD card slot isn’t enough. For that kind of user, Samsung is releasing a new revised variant that comes with the same 4GB of RAM but doubles the storage to 128GB.

The new variant retails for INR15,999 (~$225) but can only be found across the offline stores. However, we expect to see it reaching other popular online stores such as Flipkart and Amazon. In addition to launching a new version of the Galaxy A30s, the firm is also cutting the price of the 64GB model. Now, users who consider 64GB enough can purchase the handset for INR14,999 (~$210) through Samsung India’s website and Flipkart. 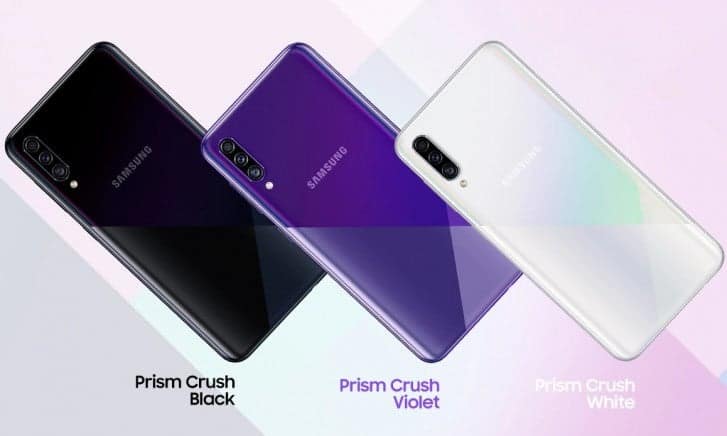 Apart from the additional storage, the internals remains the same. The A30s ships with an Exynos 7904 SoC and runs Android Pie out the box. The mid-range champion boasts a 6.4-inch HD+ AMOLED display with a waterdrop notch serving as a house for the 16MP selfie snapper. Despite the mid-range nature the handset indeed comes with an in-display fingerprint scanner. Around the back, the A30 features a triple-camera setup comprising of a 25MP main + 8MP ultrawide + 5MP depth sensor modules. The handset is available in Prism Crush Black, Prism Crush White and Prism Crush Violet colors. It draws power from a 4,000mAh battery with 15W fast-charging support.