Realme will officially unveil the Realme 5i on January 6 according to a post by the brand’s official Facebook page. The phone is being also teased on the country’s online retailer, FPT Shop. Interested people can register for the phone but the sale will begin only after the launch.

Realme initially launched the Realme 5 series consisting of Realme 5 and Realme 5 Pro in India in August of this year. Later, in November, the company refreshed the Realme 5s with a 48MP camera as an upgraded version of the already available Realme 5. The same phone also made its debut in other regions like Vietnam for VND 4,999,000 (~216) but the regular Realme 5 was never launched in the country until now. 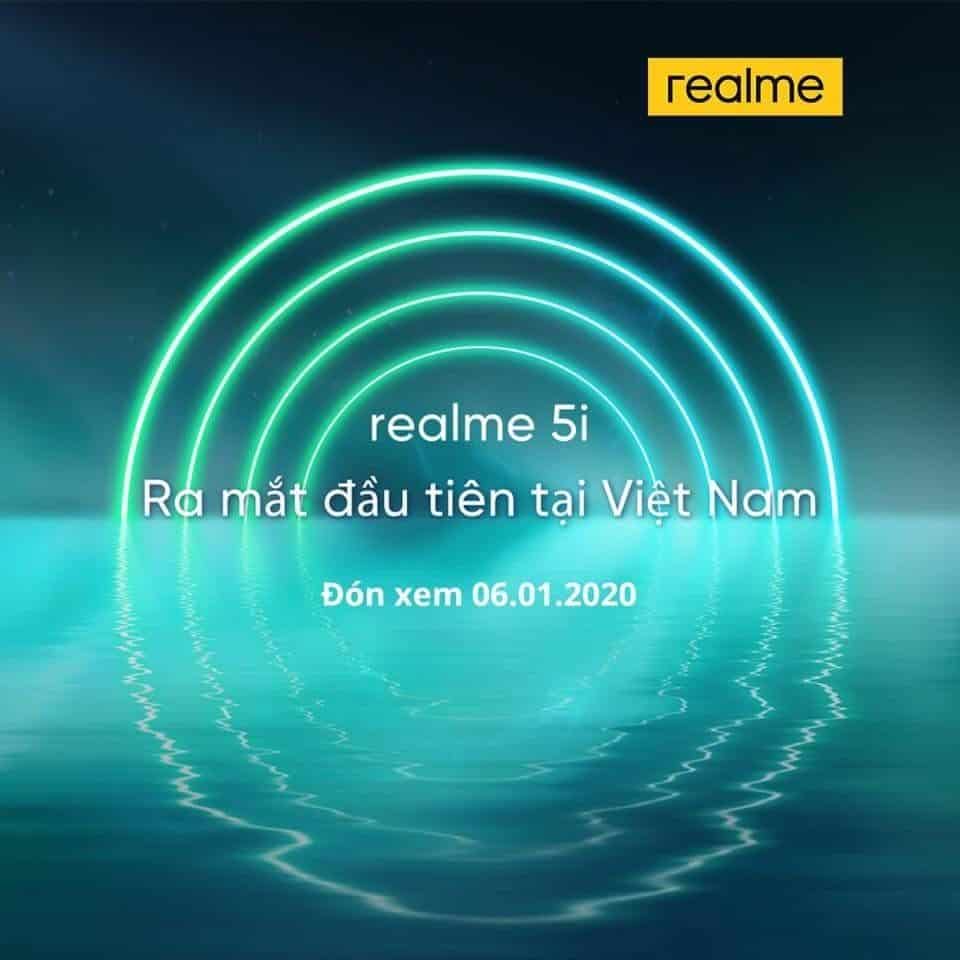 Going by the specifications of Realme 5i, it will be none other than a rebranded version of standard Realme 5 with a primary camera. We are not sure why Realme rebrands its phones for various markets although they have the exact same features and design.