According to 9to5mac, during Christmas, in the US market, the top 9 activated smartphones are all Apple iPhone products. And the iPhone 11 is on the top.

This data comes from a survey conducted by Flurry Analytics. As the report says, Apple Corps won the ‘Christmas Championship’ with the iPhone 11, iPhone 11 Pro and various older models. The report mentioned that from Christmas Day to New Year’s Eve, Apple’s iPhone and iPad products accounted for about 42.8% of the total number of mobile device activations in the US market. 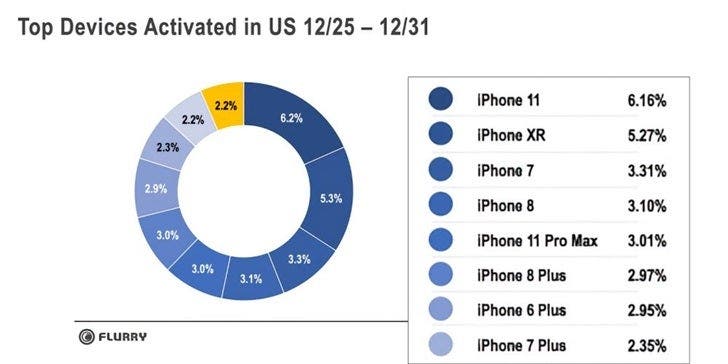 Also Read: Apple Will Focus On iPhone 11 Production Even If It Hurts 11 Pro Duo

Anyways, this report only covers smartphones and tablet products. 9to5mac also said that there are signs that demand for the Apple AirPods and the Apple Watch is also strong. 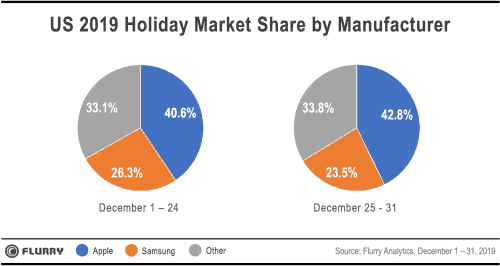 This report provides data that is at least odd. Of course, we understand Apple products are much-desired gifts for many users, but what about other brands. And we are not talking about China-based companies. In this sense, though Samsung wasn’t in the top 10, it’s considered to be the second most successful manufacturer for the overall US holiday period. So we can say the battle between these two still continues.