The Snapdragon 765G has become s a very popular chip recently. Some manufacturers such as OPPO and Xiaomi have launched new machines equipped with this chip. But as you guess other smartphone makers will join the party soon as well. As for now, a phone model of Vivo V1963A appears on the Geekbench website. The corresponding document shows it is also equipped with the Snapdragon 765G chip. 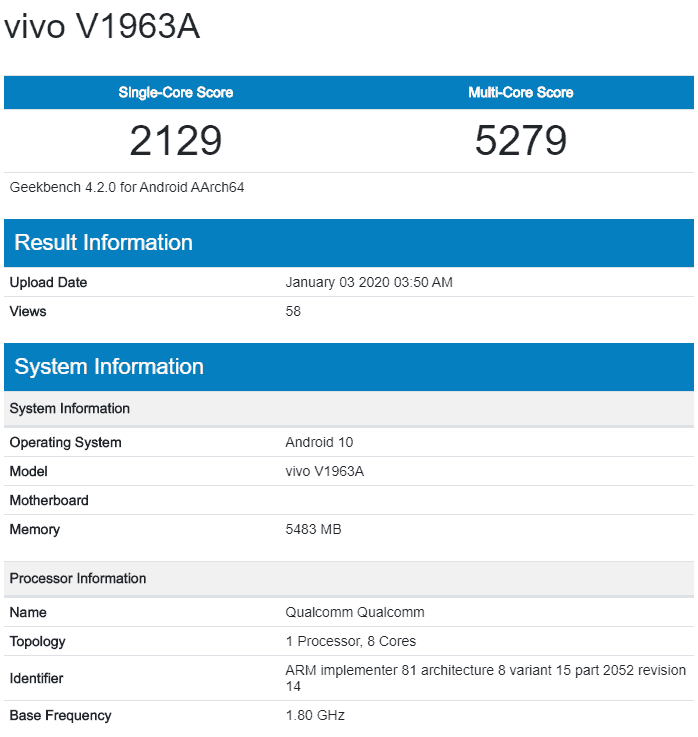 The screenshot shows that the single-core performance of Vivo V1963A is 2129, the multi-core performance is 5276. Also, it is packed with a built-in 6GB memory. In terms of software, this phone runs on the Android 10 operating system.

Since the VIVO X series launched a new phone not long ago, and the iQOO, Y series, and U series obviously do not meet the positioning of the Snapdragon 765G, this new machine is likely to belong to the S or Z series. 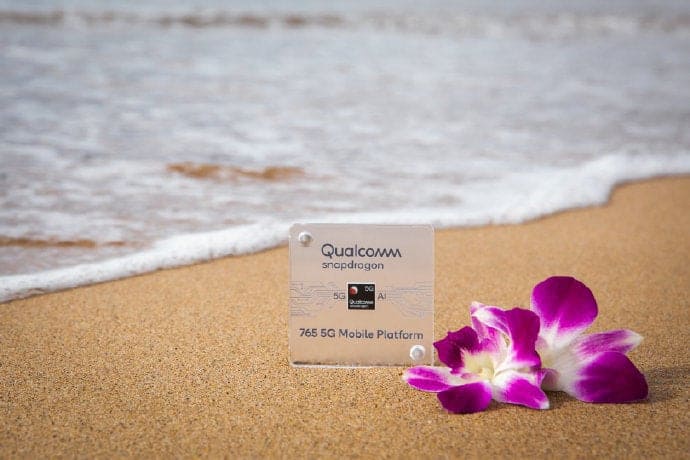 At present, the company has not announced the news of the new machine. So all the aforementioned are just guesses.