Xiaomi is a brand known for expanding its catalog throughout the year with a lot of new models. This is in order to be able to continue facing the big brands. On this occasion, Xiaomi wants to stand up to the next Huawei P40 Pro and Galaxy S20 with the Xiaomi Mi 10. Some details of this device have already been leaked. Today, we are talking about a poster image in which the supposed final design appears. In addition to the possible launch date.

The new flagship of the Chinese company is getting closer to being a reality. We have already spoken on other occasions of its aesthetic features as well as the possible presentation date. However, a press image with both information had never been leaked. Until now. 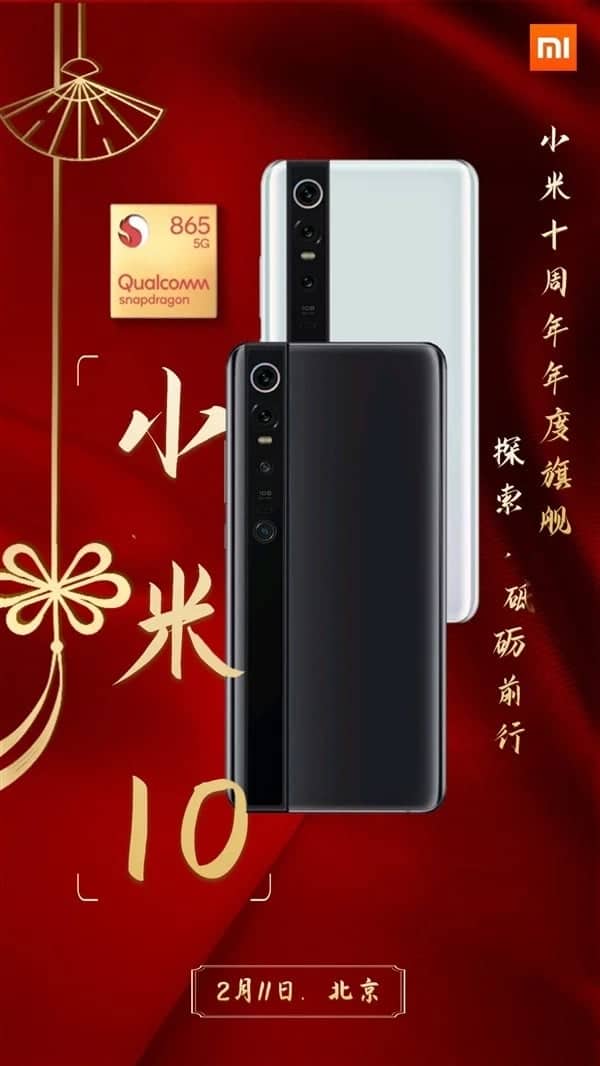 Xiaomi introduced the Mi MIX Alpha a few weeks ago as one of the most innovative smartphones of today. It’s a device without much real utility that, however, would have served to inspire the brand’s future folding mobiles. Now, everything seems to indicate that this curious device has many similarities with the supposed Xiaomi Mi 10 that has leaked a few hours ago.

A poster image, in which you can see the design of the Xiaomi Mi 10 has been leaked in Weibo. As we can see in the image, the new flagship of Xiaomi would have the typical strip that premiered the brand with the Mi MIX Alpha. It has a total of four cameras housed in it. If we look closely at the image we can determine that this photographic system would have the famous 108-megapixel sensor. It was already included in the Mi Note 10, without forgetting the classic power and volume buttons as well as the usual curvatures at the edges.

In another section, we find a possible presentation date marked for February 11. A day that coincides with the information we unveiled recently. At the moment, the Chinese brand has not wanted to confirm or deny this information, what is clear is that there is very little left for us to know all the details of the new Xiaomi Mi 10.

Next PlayStation 5: Dualshock 5 will be compatible with the PS4