Microsoft Surface Duo, the two-screen folding smartphone resulting from the collaboration (even a little unexpected) between Microsoft and Google, is approaching with small steps. The first certain indications give the Christmas 2020 release period. But we expect that there will be some changes. It would seem that Microsoft has intensified the product testing phase within the company, supplying the device to some of its employees.

If on the one hand this is done to get an idea as close as possible to the use that ordinary people will make of the product, on the other, it involves an inevitable flight of indiscretions and photos taken secretly from the products. As in this case, the Duo shows itself in a shot probably made in public transport, while being used. 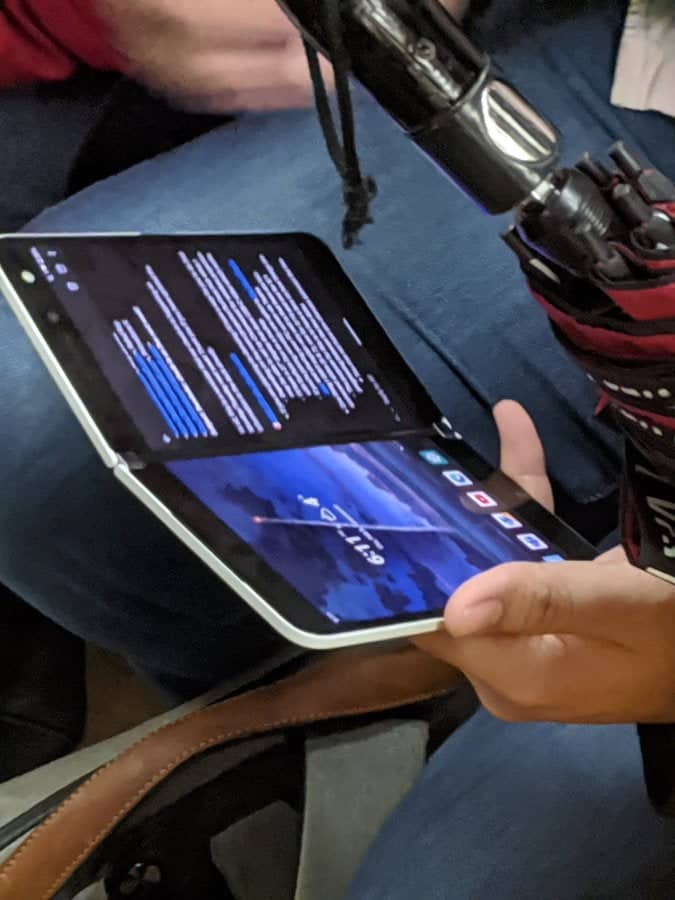 The most interesting thing that immediately catches the eye, however, is not the device itself. We already have the photos and videos available, but a small hardware modification that does not coincide with the devices previously shown. It would appear in fact a front LED flash, which suggests that the Surface Duo may not have a multi-camera configuration. It has only a front sensor, which also plays the role of the rear one if necessary.

In a future increasingly dictated by the quality of the photographic sector (now always with multiple sensors) having a single camera can be a limitation, but Microsoft has pushed a lot on other aspects, such as the user experience and the intrinsic quality of the product. And what do you think of this choice?

What do you think about this upcoming Surface duo smartphone. Do you think it has a place in the market?

Previous Xiaomi Mi 10 design is confirmed by a promotional poster

Next Huawei will preinstall 70 popular Android apps on its smartphones