Google has put online the official site of Android 11 Developer Preview, obviously by mistake since the page has been deleted shortly after. The site evoked the innovations of the new version of Android.

With the launch of Android 10, Google decided to stop reliance on the alphabets for Android versions. From now on, we will no longer have to rely on the mysterious letters of the alphabet. The successor to Android 10 will therefore be Android 11 directly.

Android 11: A SITE LAUNCHED A LITTLE TOO EARLY

Google put online on the evening of yesterday the official site of Android 11 Developer Preview, before making the page inaccessible. Too late to avoid being spotted by all the specialized websites in the world.

Spotted first by Android Police, this page briefly describes the availability of the first test version of Android 11. In addition to the main points on which the Google teams focused. 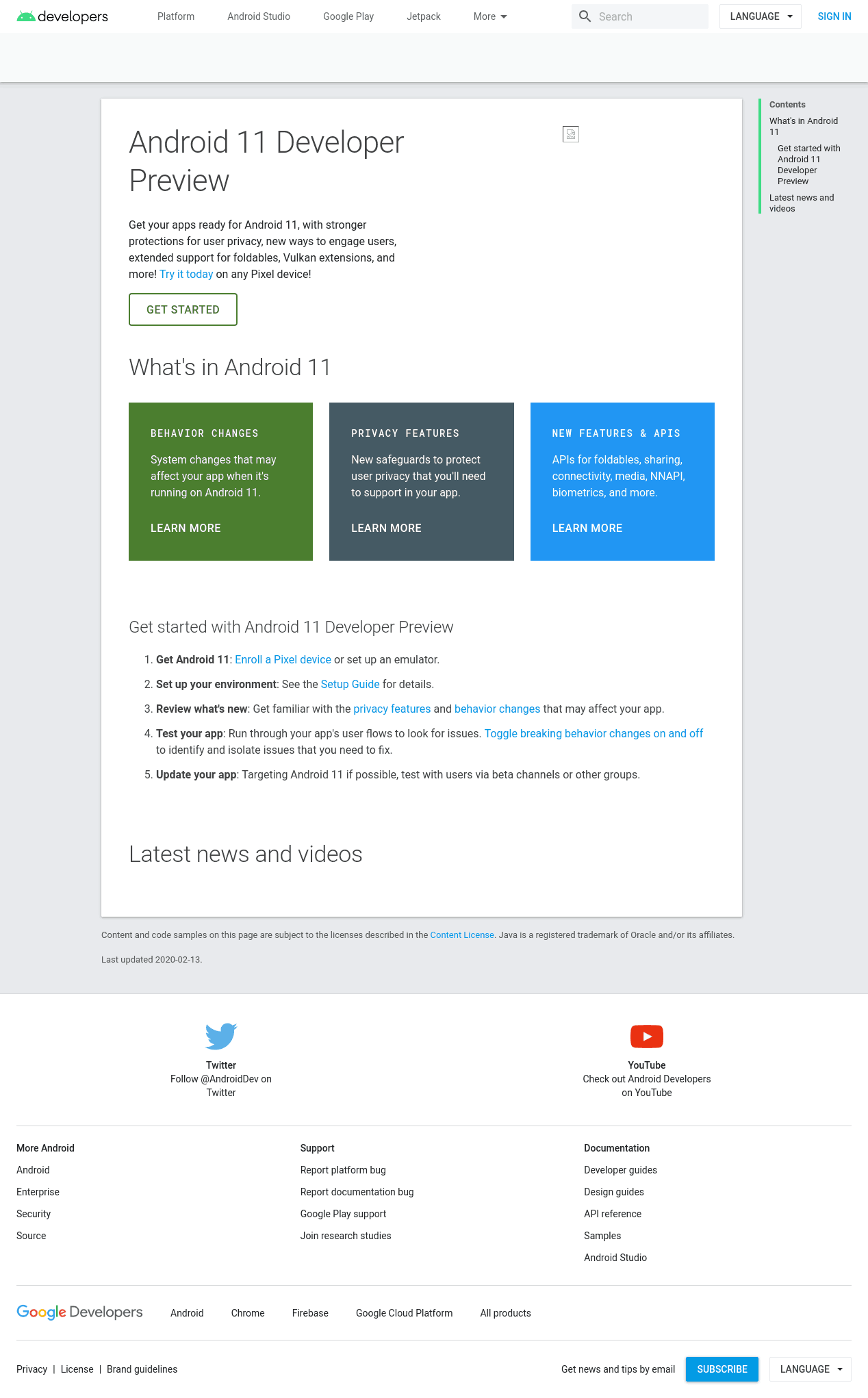 The site evoked three big chapters of innovations for Android 11. The following points could be read:

It is especially these last two points which are interesting. On the one hand, the new OS should bet a little more on the protection of the privacy of the user. With one imagines a new version of the permissions of applications perhaps more precise and simple to manage.

The last point evokes new features already awaited for Android 10 which had been postponed, in particular the simplified sharing system similar to Apple AirDrop.

Difficult to know more for the moment, the links on the page led to nothing, the site having been launched visibly too early.

ONE MONTH IN ADVANCE?

The launch of the first Developer Preview version is generally expected in March. A launch in February, therefore, seems premature, but the publication of this page by Google could show an advance of the firm this year on its usual agenda.

Next Smart Speaker Market In The Q4, 2019. Amazon and Google Lead