Facebook is rolling out a new update for the Messenger app worldwide. The interface benefits from a complete overhaul which allows a better user experience. Priority is now for messages and stories.

The Messenger interface will again become more minimalist by getting rid of many functionalities like the “Discovery” tab. It was invaded by the chatbots which polluted the application. These chatbots are in use by companies to send messages to users, make them play games and even encourage them to buy products. While this “Discovery” tab took up an important place in the application, the stories were easily forgotten above the list of messages. The problem is now solved: the “Discovery” tab and its hundreds of thousands of chatbots disappear for good in order to make room for stories that now have their own tab. 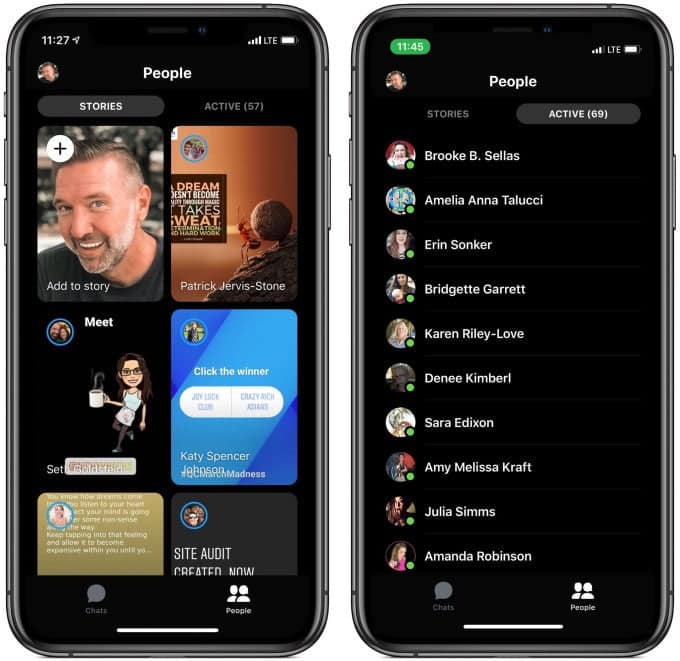 With Instagram’s phenomenal success, it was time for Facebook to rework its instant messaging application. Chatbots were at the heart of Facebook’s marketing strategy 3 years ago. Now, it is out of sight of users. The social media giant wants to refocus on the speed, simplicity and performance of its messaging service.

Now Messenger only has 2 main tabs: “Messages” and “People”. When you go to the second tab, you first have the list of all the stories arranged in the form of tiles. An “Online” sub-tab displays the list of people connected. Contacts and the add contact function by the two small icons at the top of the “People” tab. It is important to add that chatbots can still be used by companies when you want to get in touch with them.

This Facebook approach suggests that Messenger is no longer heading in the direction of WeChat. Which also serves as a means of payment, flight booking, etc. But rather in that of WhatsApp (simple and efficient messaging). If your Messenger application does not yet reflect these changes, it will not be long. The update is being rolled out to devices around the world, whether it’s Android or iOS.