AnTuTu is a very traditional benchmark platform among smartphone enthusiasts. The tool calculates the synthetic performance of the CPU, GPU, memory and user interface. The application is widely used across the Globe, is hugely popular in China. The company behind AnTuTu decided to publish its monthly Top 10 chart for flagships and mid-rangers.

The best performing flagship is the Asus ROG Phone II with its 12GB of RAM and 512GB of Storage. Under the hood, it boasts the last year’s Snapdragon 855+. The mid-range champion is the Redmi Note 8 Pro with MediaTek’s Helio G90T gaming chipset. 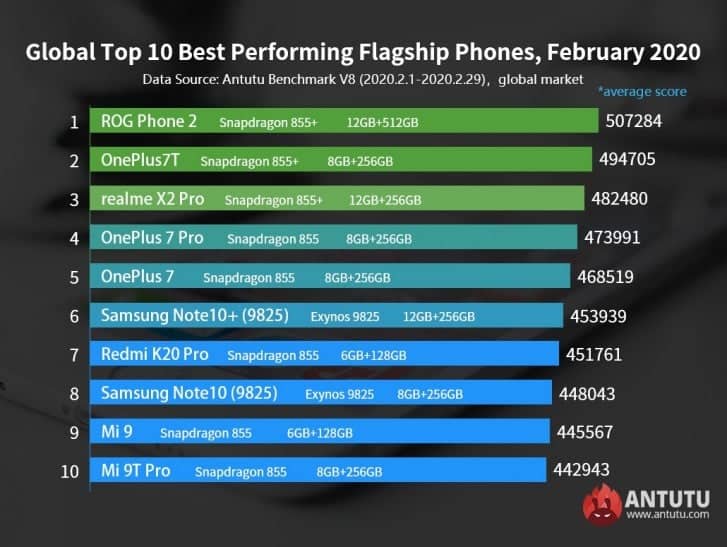 According to the platform, Asus’ gaming device retained the top spot. However, there aren’t any Snapdragon 865 smartphones there. Anything with the newer chip would blow away the Snapdragon 855+. AnTuTu states there isn’t enough data for the new smartphones. Of course, this will change next month with some new players from Xiaomi, Oppo, Realme, Nubia, Samsung and etc.

The most powerful smartphone at AnTuTu is Samsung Galaxy S20 Ultra 5G (12/256GB) with 559,781. Of course, this may change soon. After all new gaming smartphones such as the recently released Black Shark 3 Pro will break the 600,000 points barrier. 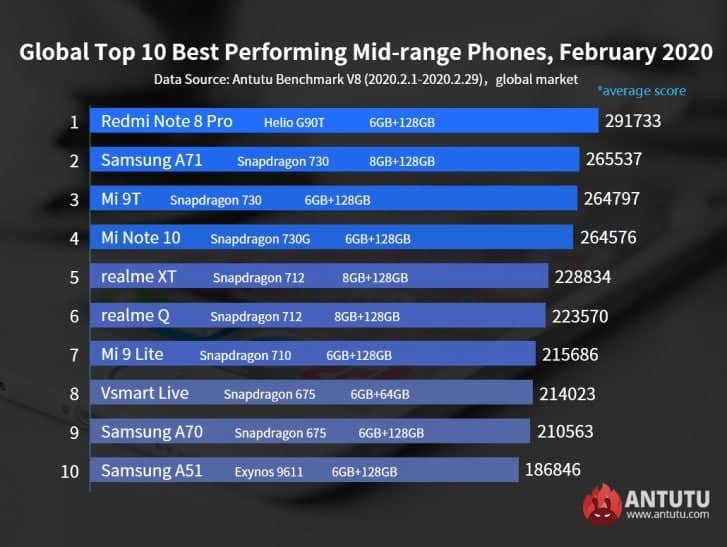 The Redmi Note 8 Pro is followed by the Galaxy A71 with its Snapdragon 730G. We may see this changing soon with the arrival of new smartphones sporting the Snapdragon 765G SoC.