The folks at SquareTrade performed its usual “breakability” test on Samsung’s new Galaxy S20 flagship trio. Interestingly enough, the test revealed that the smallest of the three is fairly vulnerable. The difference is much larger than last year when all three S10 models scored about the same. The video below shows all the three phones going through several durability tests. It’s a torture to see those $1000 phones being put on these extreme tests.

The Galaxy S20 had its screen completely shattered during the first drop from 6 feet (1.8m). The back didn’t fare any better. The S20 was also the only phone of three to present malfunction. That happened right after the bend test and the device fared the worst in the tumble test. The only test it does well is the water submersion test.

Interestingly enough, the high-end variant, Galaxy S20 Ultra reached the highest pressure before bending and remained functional afterward. The device remained usable after a face drop test. Although it left the tests with some hairline fractures in the glass. The S20+ score is essentially the same as the premium version. However, the plus variant bends easily and didn’t handle the face drop test much better.

If there’s something in common between all three variants is that they’re hard and expensive to repair. The results are as you can see below, worth noting that high numbers mean more risk. 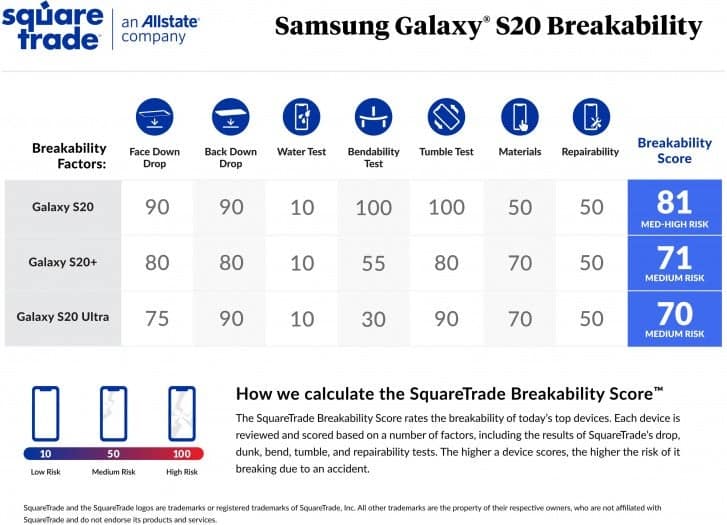 Previous Meizu 17 Is the Most Awaited Smartphone in China