The iPad was released on January 27, 2010, and it went on sale on April 13. This year is the tenth anniversary of this product. Years later, this tablet has become part of life for many people. So, we are going to take a look at ten facts about this product that probably you are not aware of.

Also read: iPad Turns 10: From Innovation To The Best Tablet

First, Apple was preparing to make it ery early

Although Jobs first cut off unsuccessful tablet products such as ‘Newton’ when he returned to Apple, he has always maintained an interest in tablet computers.

In March 2003, he said in an interview: ‘Apple has no plans to launch a tablet. It turns out that people need a keyboard. Only those who have a lot of computing equipment will need a tablet.’

In fact, as early as 2004, Apple applied for a tablet patent. It shows Apple’s design of the tablet computer, and the patent applicant is Jobs and Apple’s chief designer Ivy. After 14 months that patent was approved. 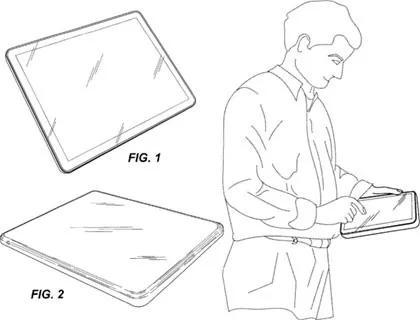 In 2007, netbooks became an industry hotspot, and Apple was also discussing whether to enter this field. In the discussion, Ivey said why not replace the clumsy keyboard with the multi-touch screen we just invented, and Jobs agreed with this.

Three years later, in January 2010, the first iPad was born in San Francisco;

Second, the first-generation iPad was extremely imperfect but extremely powerful

It may be some kind of fate. Jobs invited James Ethan and Jeffrey Norton to be the audience at the iPad conference. The former had a liver transplant for Jobs a year ago, and the latter did it for him in 2004. After pancreatic surgery, 7 months after the iPad2 was released, Joe helped him leave the world forever.

At the conference, Jobs asked: ‘Is there a middle ground between smartphones and laptops?’

After he explained his logic: ‘We need a device that must perform better than some smartphones and laptops in some important application scenarios, otherwise it is not necessary to exist.’

However, after the first-generation press conference, Jobs received more than 800 bad review emails that made him very depressed. People were complaining that the iPad has no USB, no camera, is too thick (13 mm), too heavy (730 grams), does not support flash, and some people simply hate the iPad name …

Third, the predictions about the first iPad are almost all wrong!

After the first iPad was released, the public was not optimistic. They thought it was just a large iPod Touch.

However, when the iPad really went on sale in April, the wind changed completely—people loved the iPad.

Fourth, the iPad really ends Flash in a sense

The dispute between Apple and Adobe about Flash originated from the iPhone, and the release of the iPad brought the conflict between them.

In 2010, most of the video content on the Internet at that time was published through the Flash player. And Adobe could benefit from a large number of Flash support tools.

Although Flash was the mainstream technology at the time, visionary Jobs saw the backwardness of this technology for mobile devices … 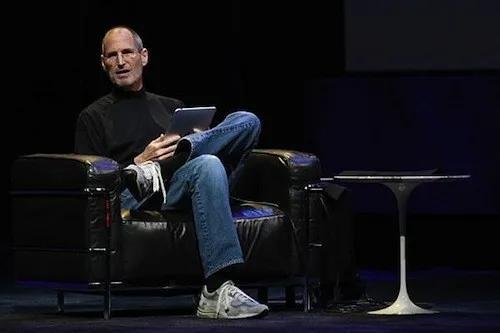 Therefore, Apple’s iPhone first announced that it does not support Flash technology in mobile browsers.

However, because web browsing is an important application scenario of the iPad, Adobe finally couldn’t sit still.

They were claiming that the arrogant Apple stifles innovation. Developers who originally supported Flash can use multiple places at one time. But Apple’s lack of support increases its development costs.

At present, more than 70% of online videos support Flash. Apple’s approach means that some videos cannot be viewed on the iPad.

These two arguments made Adobe stand on the moral high ground. Apple was facing huge public pressure. At that time, Jobs wrote an open letter.

In this article, Joe helped the owner explain in detail why Apple does not support Flash. ‘Flash is built for PC, and it’s unfriendly to multi-touch, power consumption, security, etc.’

In response, Adobe stated that it would provide a Flash plug-in for the Android Web browser. However, just one year later, on November 10, 2011, Adobe announced that it would stop developing Flash Player for Android, and HTML5 proved to represent the future;

iPad accelerated the demise of Flash.

Fifth, the iPad is the cheapest product on Apple’s computing platform

What many people didn’t expect is that the iPad is the cheapest product in Apple’s independent computing platform (ignoring the iPod Touch), which greatly raises the entry barrier for the iOS ecosystem. Apple products are almost synonymous with expensive. But in some sense, the iPad is an exception.

In fact, when the first iPad was released, many people speculated that it would exceed $700, and the price was actually $499. 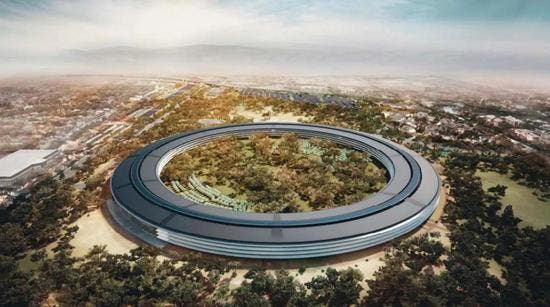 iPad’s low pricing undoubtedly attracts many users. The unit sales per year are stable at 45 million, and about 20 million new people buy iPads every year.

According to an analyst George Williams, at least more than 60 million people worldwide have only iPads and no other expensive products such as the iPhone.

The iPad allows more people in this world to access the Internet, which were originally excluded from the Internet.

Sixth, iPad sales are not satisfactory. One of the reasons is that its quality is too high.

Is the iPad successful? Of course, it has become synonymous with tablet computers, with more than 20 billion US dollars in sales each year. However, in the Apple family, the iPad is actually the bleakest star.

However, Apple’s total revenue is $260.2 billion, and iPad revenue accounts for less than 10%.

In contrast, Apple’s iPhone business last year had revenues of $142.4 billion, wearables of $24.5 billion, and software services of $46.3 billion. Even aging Macs had $25.7 billion. They all surpass Apple tablet.

Andreessen Horowitz, a Benedict Evans analyst compares the figures released by Google and Apple and finds that iPad has almost twice the life of Android tablets.

That’s right, it doesn’t matter if you use the iPad for two or even three years after you buy it. Android tablets can hardly do that.

Ninth, iPad lags behind Chromebook in the US education market.

Previous Pixel 4a Hands-on video leaked: It has no secrets anymore