In 2020, 5G is the focus of many companies. For ordinary consumers, the gradually mature layout of 5G smartphones is an obvious sign. Also, the catering industry has begun to play a cross-border role. For example, recently, McDonald caused a stir in China by announcing ‘5G’ chicken. In fact, it’s the new Miami crispy chicken. But with the help of 5G’s hotspot advantage, McDonald’s wave of marketing has attracted the attention of many consumers. So how could the rival KFC dare to show weakness? 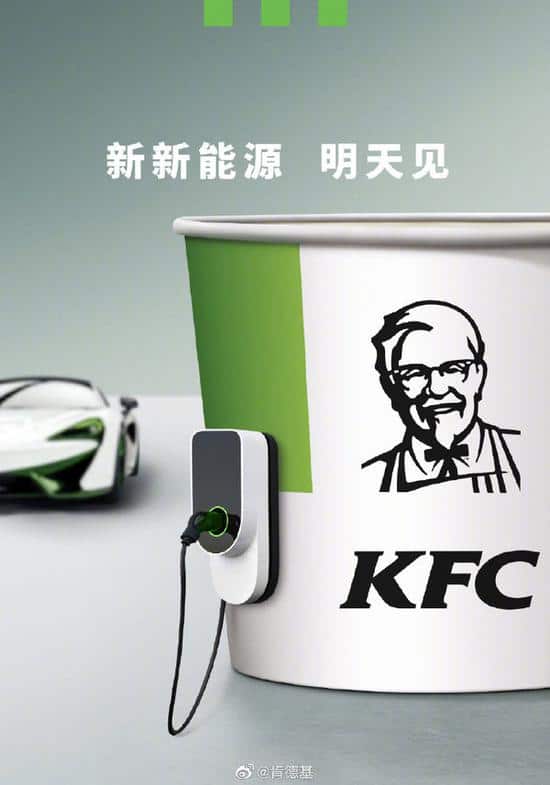 Yesterday, KFC’s official Weibo channel announced that it would launch a new product – ‘renewable energy’ – on April 20. This is the company’s first plant-based protein product for China. KFC has introduced it as a product drawing on ‘nature and technology’. Like McDonald, KFC used a popular tech buzzword to make its announcement more attractive.

When McDonald’s first teased a 5G product, many speculated the fast-food company would introduce a high-tech ordering kiosk or even a smartphone. However, it was a well-advertised piece of chicken. Indeed, it was disappointing. And there is every reason to think, the ‘copied’ move of KFC will make consumers even more disappointed. On the other hand, we can think this may become a trend.

In fact, many American fast-food chains have been experimenting with plant-based meat patties. But KFC has decided to make a move forward. It is the first one offering plant-based chicken. The artificial nuggets were created with Beyond Meat. The company has been trialing them in the US in January. As for China, the plant-based chicken nuggets will be trialing in several cities already next week.

Next PS5 and Xbox Series X: next-gen consoles may be released sooner than expected

Brazil announces a specific date for the activation of 5G services