On May 25, Realme will introduce a bunch of new products including its first Smart TV and new hearables. However, it wouldn’t be the Realme we’re used to without a new smartphone launch right? The company will unveil a new flagship device dubbed Realme X50 Pro Player. Today, the company is teasing some features that will be packed in the device.

Since it’s a 2020 flagship, the handset will be powered by no other chipset than the Snapdragon 865. Besides it, the handset also includes LPDRR5 RAM and UFS 3.1 storage, those are true characteristics of a 2020 flagship. The Realme X50 Pro 5G, for instance, has a UFS 3.0 storage. So we’re going to see an incremental improvement in the storage standard.

Besides the performance improvements, the company also teased some of the connectivity goodies brought by the new handset. First of all, the handset will surf in the new network standard thanks to a 5G modem. The handset can reach up to 2.3Gbps download speeds with the new network standard. Moreover, Realme will make this a Wi-Fi 6 compliant device which means higher speeds and low latency. 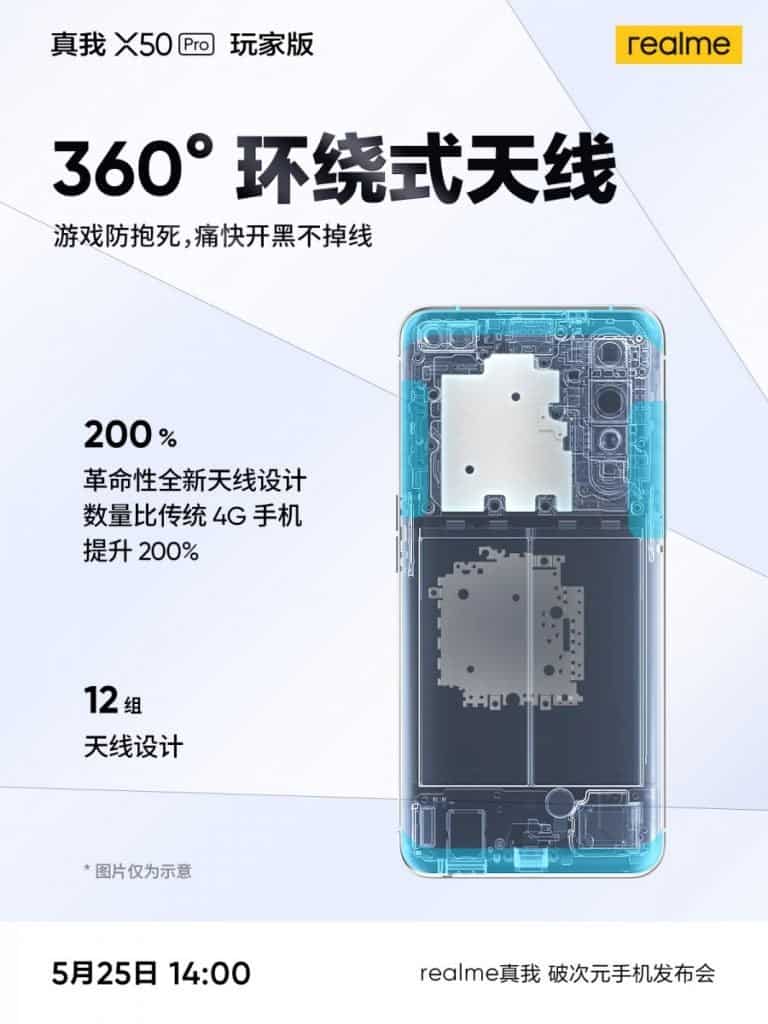 While all the eyes will be on the new network features, the company is also ensuring the best of LTE performance. Realme is equipping the handset with a 360-degrees antenna ensuring great and stable connectivity.

Apart from the improvements, TENAA’s listing reveals that the company had to cut some corners on this handset. Apparently, it will be a cheaper flagship version with a major focus on gaming and media content. Instead of a 64MP shooter, we’ll have a 48MP camera and the telephoto modules are gone for good. However, other characteristics like the 6.44-inch OLED display and 90Hz refresh are safe.

Next Oppo will partner with Vodafone in European markets