Samsung introduced its Galaxy Book S in August last year. No big surprises except for the fact that it was a Windows laptop running on a Snapdragon 8xx platform. Now, however, we’re getting a new Intel-powered version boasting the power-efficient Lakefield SoC and Intel UHD graphics. Worth noting that the modern design featuring small bezels is intact here, the only real changes are made underneath.

Under the hood, the new laptop boasts the Intel Core i5-L16G7 Lakefield paired with 8GB of LPDDR4X RAM and 256GB or 512GB of eUFS storage. When it comes to the interface, the laptop has two USB-C ports, a 3.5mm headphone/mic port, and a microSD card reader. The Galaxy Book S has a 13.3-inch FHD display featuring touch support. It’s an LCD panel with a 1MP camera in the top.

The tablet comes with a battery rated 42Wh and according to the company’s official specs sheet it holds for 17 hours of video playback. Moreover, the laptop comes with a Quad-Stereo speaker tuned by AKG for a deep audio experience. There’s even a built-in fingerprint scanner as Windows 10 offers support for biometric authentication. 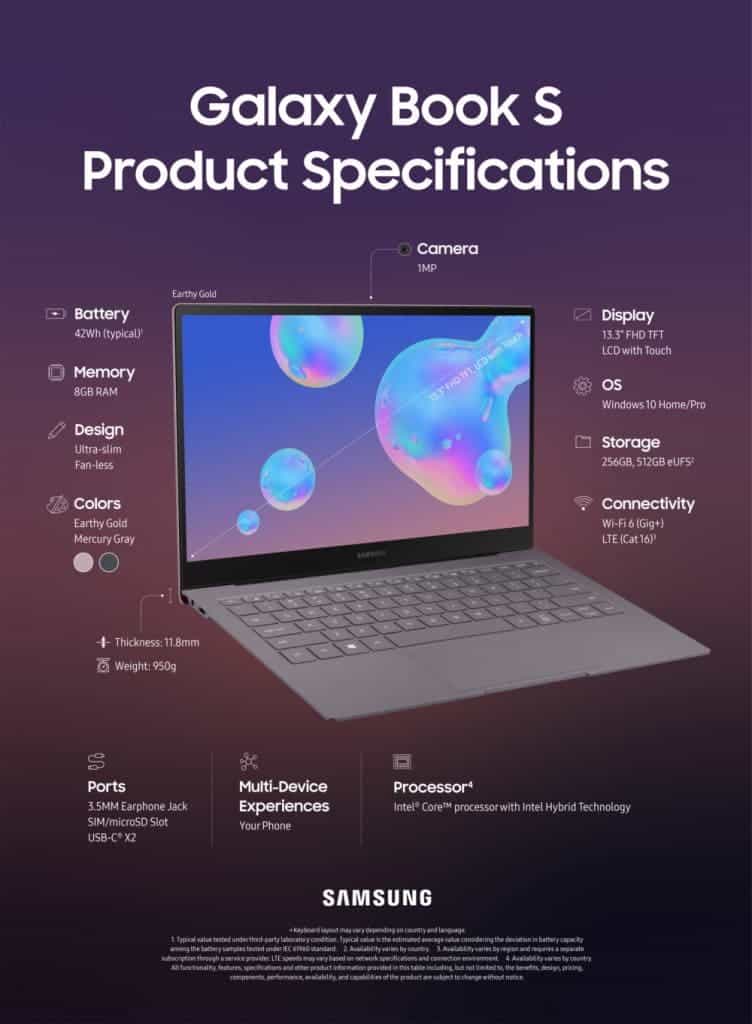 Another important feature is the seamless Wi-Fi 6 support. That’s right, the new laptop can surf through the high-quality and stable new Wi-Fi standard. It also supports LTE, but unfortunately, there’s no support for 5G. Maybe it’s too soon for Samsung to adopt the new network standard on its laptops?

The Galaxy Book S is available in Gold and Gray colors and retails at £999 for the starting variant with 256GB of Storage. According to the company, actual shipments will begin on June 12 in the UK. Unfortunately, the company is yet to respond to a possible global availability.

Next Sony will reveal PS5 games on June 4, It's the first of many events for the next-gen console