Yesterday, Apple held the 2020 WWDC Global Developers Conference (WWDC20) in the United States. This is also the first full online live broadcast from Apple in 33 years. According to reports, Apple will update its four software operating systems. That is for mobile phones, computers, smartwatches, and TV set-top boxes. Furthermore, the company announced that the Apple Watch has launched a sleep tracking function. This feature helps users to create a personalized sleep habit by minimizing interference. 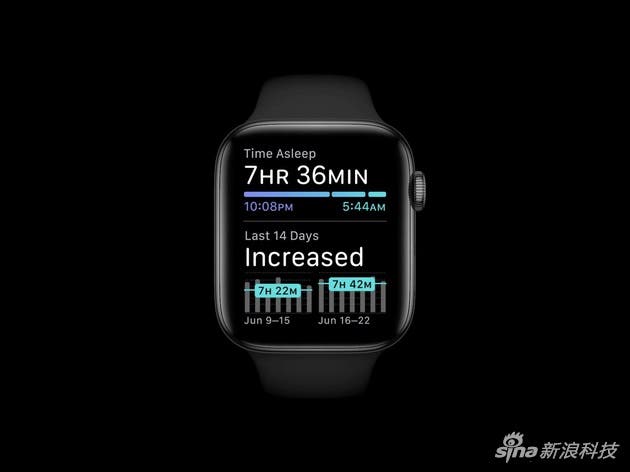 For example, when it is close to sleep time, the screen will gradually become darker, and at the same time will play sleep aid music. After you get up, you will get a simple greeting and sleep score. Not only that, Apple Watch can also detect hand washing. When users wash their hands, the watch will count down, so as to determine the washing effect.

We will most likely see these features in Apple’s upcoming Watch 6. There have been a debate on what kind of display Apple Watch 6 will use. Apparently, the company won’t be switching to the micro-LED game this year. So, the changes in the Apple Watch Series 6 should be internal. First of all, the wearable will debut with the long-awaited native sleep tracking features. Moreover, the company might implement the pulse oximeter feature. It will include the heart-rate monitor, electrocardiogram, and fall detector features. The new feature will read the oxygen levels in your red blood cells. A normal reading is in the range of 95% to 100% and indicates that your heart is doing its job and is pumping blood throughout your body. A reading of 92% or lower will lift a red flag. This feature is particularly useful in a world plagued by COVID-19. After all, it can help you to monitor the degradation of your body if no other symptoms manifest.

Other rumors indicate that the Apple Watch Series 6 would be adding the Touch ID feature. Apparently, the biometric sensor would be placed on the watch’s digital crown. For now, there is nothing official regarding Apple’s upcoming watch. These are all speculations which may turn out to be false. However, in the absence of official information, these speculations will suffice.
The new wearable is expected to go official in September at the same time that Apple introduces the 2020 5G iPhone 12 models. Of course, anything can change in the future due to the ongoing pandemic.
Source/VIA :
ITHome

Next Get your secret perk with CHUWI LarkBox on Indiegogo