Samsung announced today the most basic smartphone of its Galaxy A-series dubbed Galaxy A01 Core. The handset is a entry-level device and was released in Indonesia for a low price. Of course, it comes by a cost.

The Galaxy A01 Core reaches the market with an old MediaTek MT6739 chip. That’s a 2017 Quad-Core chipset with four Cortex-A53 cores clocked at 1.3GHz. The processing power is paired with just 1GB of RAM. That’s too few for all standards, while you’ll be able to open and run basic apps, multi-tasking will be non-existent. It comes in two storage variants – one with 16GB and another one with 32GB. You can expand the memory via a micro SD card, but that costs 1 slot for SIM card. It draws power from a 3,000mAh battery and the 3.5mm headphone jack is intact. The low-end device flaunts a 5.7-inch LCD PLS panel with HD+ resolution and a 18:5:9 aspect ratio. The handset has huge bezels on both sides. It comes in three color options – Blue, Red, and Black. Since it’s a cheap handset the whole build is made of plastic. There is a single selfie shooter with 5MP resolution sitting at the top bezel.

Moving around to the back we have a single 8MP camera and there is a LED flash to help you in darker environments. As previously expected, the device runs Android 10 Go Edition. It’s the first Samsung smartphone to come with this version of Android Go.

The device is far from being impressive, but it’s really cheap! The most affordable version reaches Indonesia with $67 price tag. The discounted price will be available for costumers until July 23. After that date, the smartphone will be sold at a $74 price tag which still is relatively low. Despite the fact that this device is still limited to Indonesia, we believe that more countries will receive it soon. However, we don’t expect Samsung to have big plans for it. 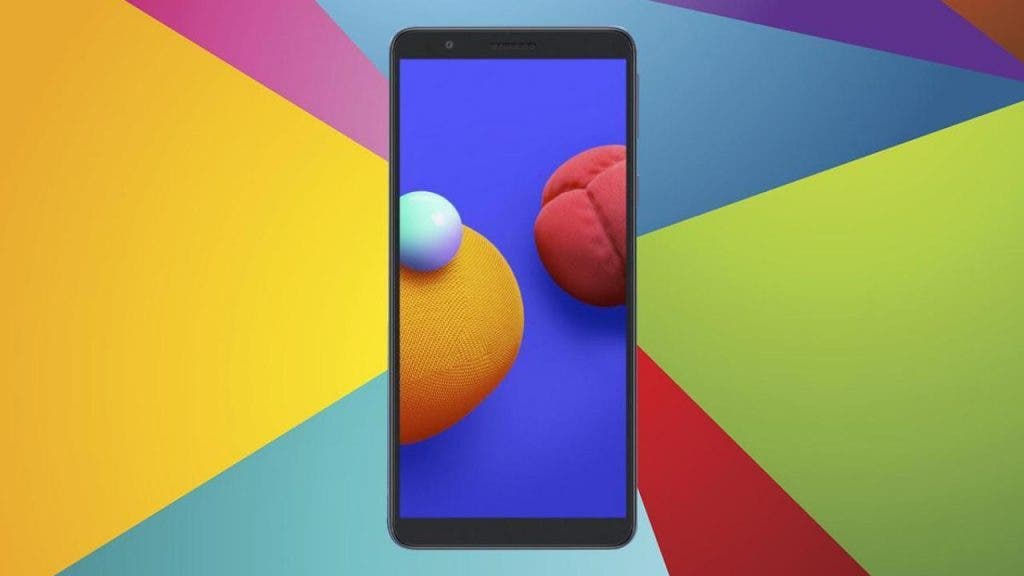 It will land in emerging markets including Brazil, the device has been licensed by the country’s regulatory agency earlier this month. Other countries like India might also get this new handset. We also expect it to reach some countries in Africa. It’s a good device for users who aren’t very exigent that just need a phone for calls and basic social media apps.