iQOO is one of the nicest surprises bought by Vivo in recent years. The popular Chinese smartphone brand decided to follow up on the trend of sub-brands by launching iQOO as a gaming-focused smartphone brand. Since its inception, iQOO has been bringing interesting devices with competitive specifications, innovative ideas, and affordable price tags. Now, the company is gearing up to give an important step with the release of iQOO 5. The new smartphone will be revealed on August 17.

The device has been a target of multiple leaks during the past few weeks. The handset will come with interesting specifications like a 120Hz refresh rate display and astonishing 120W fast-wired charging. Now, the latest wave of leaks brings us the retail package of the smartphone along with some photo samples. 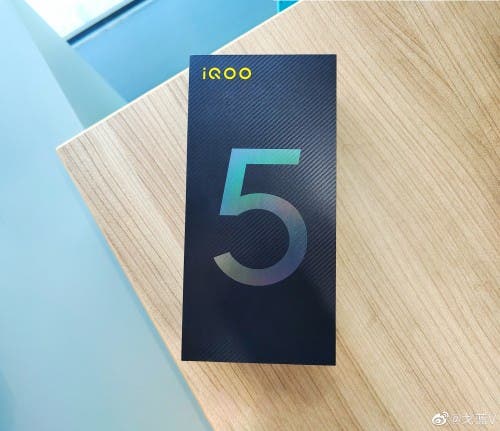 Unfortunately, the leaked retail box doesn’t confirm much about the device. We can see iQOO branding and the big gradient 5 in the middle. The brand shared several camera samples that look really impressive. The set of pictures was revealed by iQOO’s Weibo page. Interestingly enough, the sample photos also confirm the phone’s performance at night.

The photos EXIF data revealed that all shots are taken in 12.5MP resolution. One of the images also shows an impressive night sample. We are also presented with some shots of BMW M Motorsport’s race cars from the 2020 Deutsche Tourenwagen Masters (DTM) touring car series. According to previous leaks, the iQOO 5 will boast a triple camera array. Moreover, it will have a dedicated periscope lens offering up to 5x optical zoom and up to 60x digital zoom. While details about the two remaining sensors are still scarce, we expect them to be wide and ultrawide sensors.

Vivo’s iQOO already confirmed that the iQOO 5 will boast the Snapdragon 865 chipset instead of Snapdragon 865 Plus which supports SA and NSA dual-mode 5G. Moreover, the handset will come with the modern standards of LPDDR5 RAM and UFS 3.1 storage. Undoubtedly, the aforementioned 120W fast-charging technology will be one of the key selling points of this handset. During ChinaJoy event, iQOO showcased the technology that delivered 50% of charge in just 5 minutes. In this small portion of time, a handset equipped with a 4,000mAh battery made from flat zero to 50% of its capacity. According to official specs, the 120W ultra-fast flash charging users a 20V / 6A input power combination and it’s safe.

More details should keep popping out until the release date.

Previous Apple announces its contribution to China as tension grows

Next Apple will offer bundles for its popular services this fall