Realme has been building a solid reputation not only as a company that ships competitive smartphones, but that also keeps good software support for them. Now, the company is rolling out a new software update for the last year’s Realme X with a bunch of performance and stability enhancements and the latest September 2020 security patch.

The software is reaching devices via OTA and carries RMX1901EX_11.A.07 version number. The update weighs in at 2.8GB in size and also address a good portion of bugs previously reported by users. There are enhancements here in there, but as usual, the company is keeping them under the hood.

The Realme X is an iconic device being one of the first mid-range phones to bring a bezel-less screen a pop-up camera. In fact, it started a lineup of devices that later became Realme’s flagship series.

Realme 7i coming to India as Realme 7 Pro SE

In related news, Realme India’s CEO Madhav Seth recently took to Twitter to tease the launch of the upcoming 7-series smartphone. Furthermore, Seth promised to talk more about the device in his upcoming #AskMadhav episode. Apart from this, the post also contains a teaser image that showcases a quad rear camera module accompanied by an LED flash. If you look at the image closely, you’ll see the 64MP primary sensor. The teaser image also shows the Aurora Green color option that Realme 7i also comes in.

Apart from the teaser, a notable tipster Mukul Sharma (@stufflistings) has revealed more about the device in his recent tweet. According to the tipster, the upcoming Realme device will arrive with the moniker Realme 7 Pro SE. Combining both the development, there is a solid chance that the upcoming Realme 7 Pro SE is nothing but a rebranded Realme 7i for the Indian market. 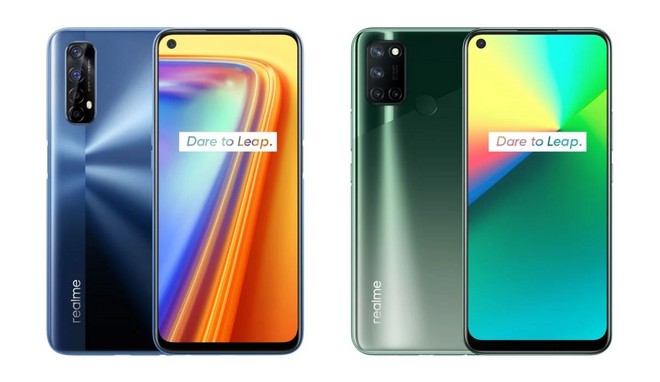 With that said, we should see more information in the coming episode of AskMadhav. Furthermore, we’re expecting more leaks and tips to come forward in the coming days. Coming to the launch timeline, Realme 7 Pro SE should see its official unveiling somewhere in the month of October.

Worth noting that the company is also expected to unveil the Realme 7 devices in global markets in October with basically the same specifications but with the addition of NFC support.

Next 72% of Global 5G Smartphone Revenue Comes From China