Most recently, we talked about two new entry-level models from Samsung with the code numbers SM-A025F and SM-M025F. The SM-A025F is rumored to go on sale under the name Galaxy A02, while the model number SM-M025F belongs to the Galaxy M02.

Both devices were recently certified by the Bluetooth SIG. And today, MySmartPrice reported that the Galaxy M02 has appeared on the GeekBench platform.

The Geekbench 5 screenshot shows the Galaxy M02 scoring 108 points in the single-core test and 486 points in the multi-core test. Judging by the test results and comparison with other smartphones, the rumors turned out to be not false – the Galaxy M02 will indeed have a fresh Snapdragon 450 as the central processor. This can be determined at least by the base frequency of 1.80 GHz. 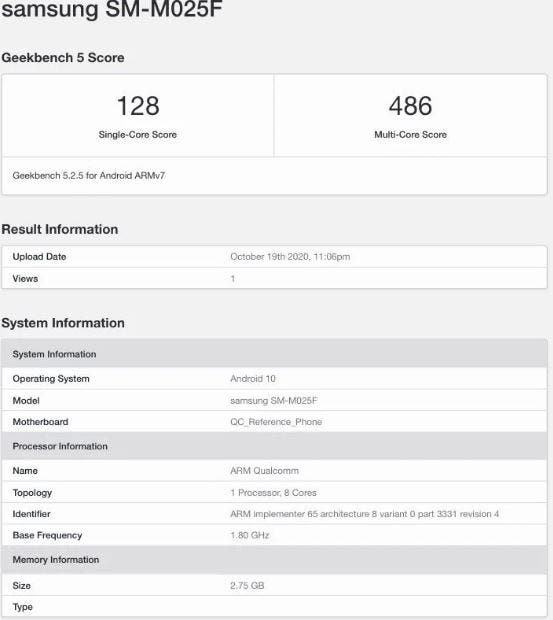 GeekBench also revealed that the Galaxy M02 has 3GB of RAM and is powered by Android 10. There is currently no information on other specifications for the device. In addition to receiving certification from the Bluetooth SIG, the Galaxy M02 has also been approved by the Wi-Fi-Alliance in the past.

The Galaxy M02 will replace the Galaxy M01 that the manufacturer unveiled in June this year. Considering that the Galaxy M02 has already received the most important certifications for smartphones, the device could be released to the market as early as next month. 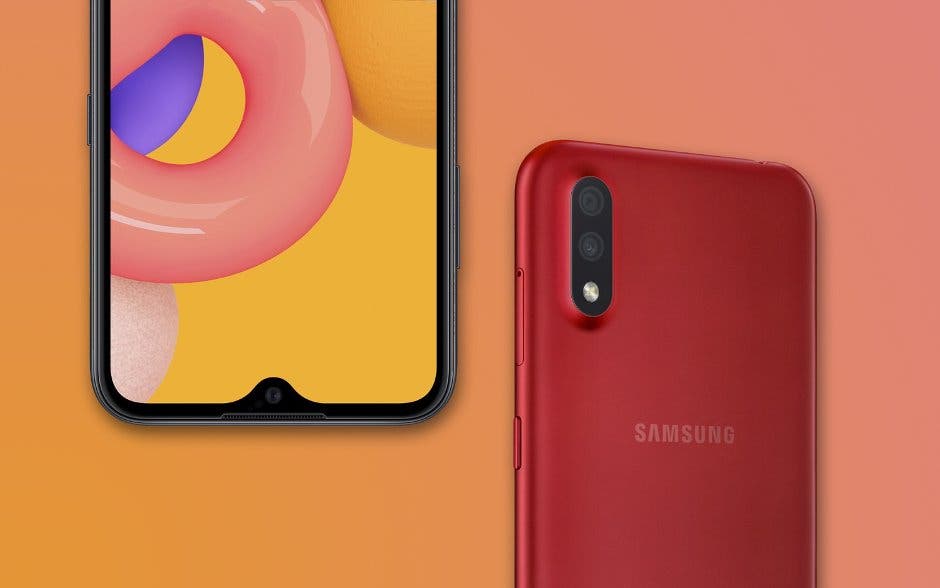 The Galaxy A02 or SM-A025F was spotted on Geekbench not long ago. It boasts an unnamed Qualcomm chipset, Android 10, and 2GB of RAM. We assume that it may be any of the Snapdragon 4xx chipsets, but not the most recent Snapdragon 460. The most plausible choice is the Snapdragon 450 SoC that despite its age is a capable Octa-Core chipset with eight Cortex-A53 cores. According to rumors, the handset will sport a 5.7-inch HD+ display; with a waterdrop notch serving as a house for the 8MP selfie snapper. On the back, we should have 13MP primary and 2MP depth sensors. The device will have One UI 2.x and will draw power from a 3,500mAh battery. We expect an old micro-USB port making a comeback here.

Unfortunately, there are not many details or rumors pointing to the specifications of the Galaxy M02. However, we assume that it will be slightly inferior to the Galaxy A02. After all, the Galaxy M-series brings cost-effective and low-end handsets. Of course, Bluetooth SIG is huge proof that the handset is coming soon, so we will probably hear more about it in the coming days.

As usual, there’s still no word from Samsung about the duo of entry-level smartphones. But if these devices are coming on Q4 2020, the teaser campaign will likely start in the coming weeks.