Many smartphones with 5G support have already entered the market. And there will be more and more such devices. Analysts are already talking about the fact that the smartphone market will return to growth, and to a large extent, this will be driven by an increase in demand for devices supporting fifth-generation networks. And now we can already sum up the results of the first half of this year regarding the most popular 5G smartphone.

Strategy Analytics concluded that the Samsung Galaxy S20+ became the best-selling smartphone in the first six months of 2020. And it accounted for 9% of all revenue from the sale of 5G models. But analysts are already predicting that this model will lay down its laurels as a leader in the segment of 5G smartphones and the iPhone 12 will be the new king. 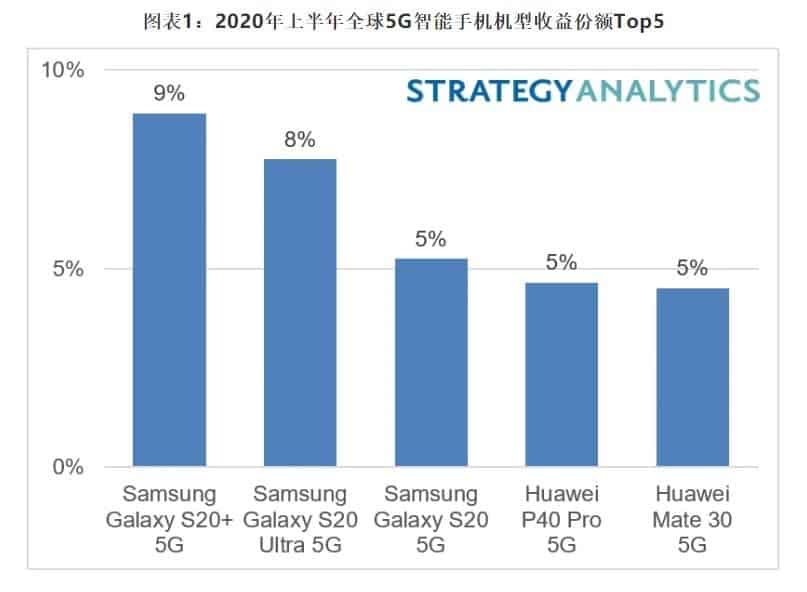 Canalys: 5G smartphones will hit the 278 Million shipments mark by the end of 2020

We saw the great arrival of the fifth-gen network in the last year; however, 2020 is the year when this trend is finally catching costumers. The reason is quite simple, while in 2019 we had just a very few, expensive, 5G smartphones, 2020 introduced the 5G connectivity to the mid-range segment. Despite the ongoing pandemic, the rise of mid-range smartphones 5G connectivity was unstoppable. Now we have plenty of 5G chipsets from Qualcomm and MediaTek. The latter with its Dimensity lineup is helping several companies in China to bring down the price of 5G phones. According to Canalys, China currently leads the network deployment and handset availability. The research firm states that 278 million phones with 5G will be sold in 2020. Over 62% of them, around 172 million will be sold in the Greater China market. 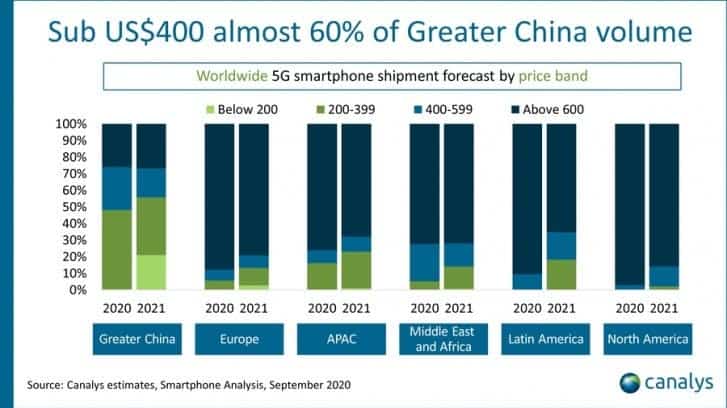 Currently, predictions state that the 5G market will double by 2021; with twice the current amount of devices available in markets across the world. In the next year, all key regions should expand even more their 5G coverage. The price ratio for 5G smartphones should keep its downfall until the next year. If you recall, in the start of 2020 we hadn’t any 5G handset coming down the 300 price tag. Now, there are plenty of mid-range phones in the sub $250 range offering 5G connectivity. Moreover, Realme introduced on September 1 the Realme V3 5G which is the most affordable smartphone to come with 5G network support.