The first weeks of November were quite hectic for Motorola fans. The Lenovo-owned brand unveiled the Moto G9 Power and the Moto  5G. The former is the latest member of the 2020 Moto G family, while the latter is the first 5G mid-range phone unveiled by the brand. The 5G handset made its way to Europe and now will reach India. With this release, Motorola will join the growing list of brands launching 5G smartphones in India despite the country’s lack of fifth-gen networks. In fact, the Moto G 5G can become the cheapest 5G phone available in the market, as Motorola may price it below the standard to avoid competition with the OnePlus Nord. After all, the Nord can basically crush the Moto G 5G.

Get ready to experience the new level of speed with India’s most affordable 5G smartphone #motog5G on 30th November, 12 PM on @Flipkart! Stay tuned. https://t.co/3HD1jvKWYo pic.twitter.com/kCcjDepMDr

Motorola confirmed that Moto G 5G will make its debut in India on November 30 at noon local time. The brand partnered with Flipkart to sell the new handset. As a result, users will not be able to find it through other retailers. Unfortunately, there’s no word from Motorola about the launch of the Moto G9 Power in India.

Under the hood, the Moto G 5G brings the Qualcomm Snapdragon 750G SoC, this is a new chipset that is growing in popularity. It’s an octa-chipset that consists in 2x Cortex-A77 cores plus 6x Cortex-A55 power-efficient cores. It’s a powerful chipset that only loses for its bigger brother Snapdragon 765G. The phone is paired with 6GB of RAM and 128GB of Internal Storage.

The specifications come around a 6.7-inch Full HD+ LCD with a center-aligned punch hole housing the selfie snapper. Moving around to the back we have a Squareish camera module comprising four shooters. The primary is a 48MP camera that comes alongside an 8MP ultrawide, and a 2MP macro sensor. Selfies are taken by a 16 selfie snapper. 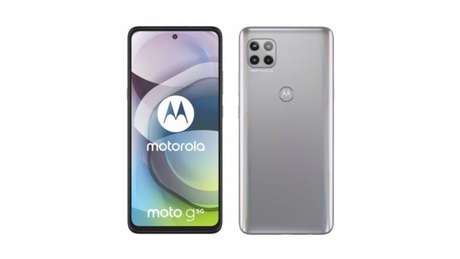 On the rear, we also have the traditional Motorola logo that also doubles as a fingerprint scanner. The phone draws power from a 5,000mAh battery that charges over a USB-C port with a 20W fast-chargin. This isn’t the fastest standard available but still is better than the 10W of the Moto E7 series. The phone comes with a vanilla-like Android 10 build. Despite the use of a vanilla Android with a few small changes, Motorola couldn’t ship this phone with Android 11.

Unfortunately, the pricing for the Moto G 5G in India remains a mystery. In Europe, the device is sold for around 299 Euros which is around INR 26,385. For comparison, the OnePlus Nord can be found around the INR 27,000 price range and brings an AMOLED display, 30W fast-charging, OIS, and the Snapdragon 765G. As aforementioned, Motorola may price the Moto G 5G lower in India to not bring it too close to the Nord.

Previous ELEPHONE Store is ready for the Black Friday sales

Next Oppo A53 5G variant coming soon with Dimensity 720 chipset