Recently, we learned that the Indian government is going to implement stricter regulations on online retailers. Yesterday, from people familiar with the matter, we heard that Amazon and India’s Tata Group warned Indian government officials that this model will have a major impact.

At a meeting organized by the Indian Ministry of Consumer Affairs and the government’s investment promotion agency Invest India, many executives expressed concerns and confusion about the policy proposal and requested an extension of the July 6 deadline for submission of comments.

These new regulations restrict flash sales, prohibit misleading advertisements, and enforce a complaint system. This may force companies such as Amazon and Flipkart to review their business structures. It may also include JioMart, a subsidiary of Reliance Industries, and BigBasket and Snapdeal. 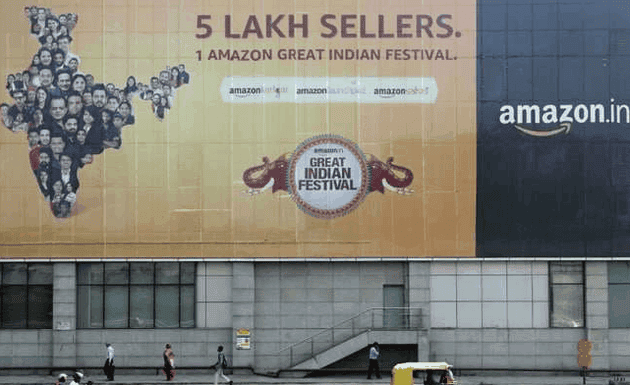 Amazon believes that the new coronavirus epidemic has already had an impact on small businesses. Also, these policy proposals will have a huge impact on its sellers. The company said that in fact, existing laws already cover some of these provisions.

Why Amazon And Other Retailers Are Anxious?

According to the provisions of these policy proposals, e-commerce companies must ensure that no affiliates are acting as sellers on their websites. This may have a significant impact on Amazon, because the company at least indirectly holds shares in two sellers, Cloudtail and Appario.

Regarding the terms of the policy proposal, a spokesperson for Tata Sons, the holding company of the Tata Group, also raised objections. As an example, the company said that this policy would prevent Starbucks. The latter has formed a joint venture with Tata.

Tata executives said that these regulations will have a wide-ranging impact on the group company. So they should limit the sales of Tata’s private brands.

An official from the Indian Consumer Department believes that these regulations are only to protect consumers. He thinks they are not as strict as in other countries/regions. However, this is not an official information and the ministry did not respond.

An executive from Reliance Industries agreed that this policy proposal would boost consumer confidence. But he also added that some of the provisions need clarification.

These regulations were announced last month when a growing number of small Indian retailers complained that Amazon and Flipkart used complex business structures to bypass India’s foreign investment laws. However, both Amazon and Flipkart have denied any wrongdoing.

Next Battle of affordable phones : Blackview A100 vs. Redmi 10X 4G